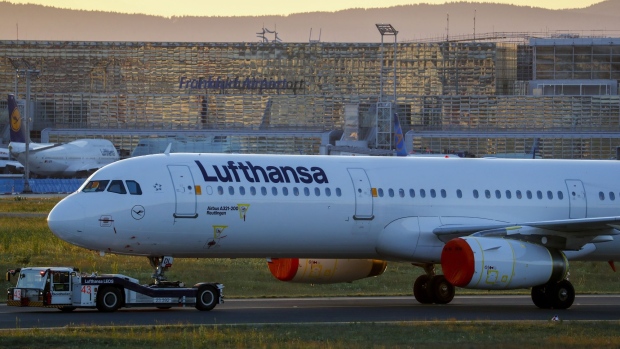 A Deutsche Lufthansa AG passenger aircraft is towed at Frankfurt Airport, operated by Fraport AG, in Frankfurt, Germany, on Thursday, May 28, 2020. The German government bristled at the European Commission’s antitrust demands on its 9 billion-euro ($9.9 billion) bailout of Deutsche Lufthansa AG, in a sign of rising tensions over the stalled aid package. Photographer: Alex Kraus/Bloomberg , Bloomberg

(Bloomberg) -- Deutsche Lufthansa AG will embark on a wide-ranging restructuring effort to help repay a 9 billion-euro ($10 billion) bailout from the German government, with job losses and disposals on the agenda to reduce costs and bolster cash flow.

Europe’s biggest airline said in a statement Wednesday it would slash employee expenses and look at spinning off non-core units.