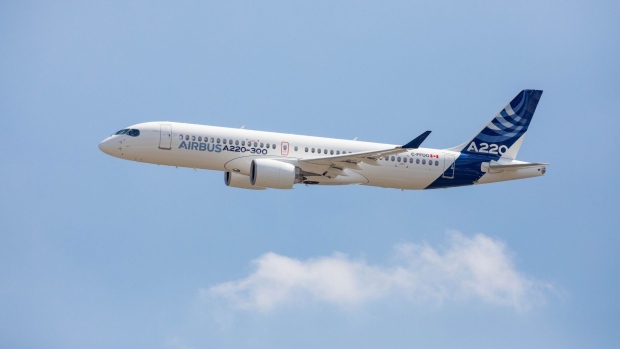 (Bloomberg) -- Deutsche Lufthansa AG is considering buying more Airbus SE A220 jets to boost profitability on regional routes as European air travel recovers from the coronavirus pandemic, according to people familiar with the matter.

The German airline group is looking to simplify a regional fleet made up of several different models across its subsidiary brands, said the people, who asked not to be identified because the talks are ongoing. A shift toward the lightweight A220 could help Lufthansa hold down spending on fuel, maintenance and training, they said.

There’s been no final decision, and it’s possible Lufthansa will go with a different manufacturer. Other models, including from Embraer SA, are among the possible choices, Spohr said on the call.