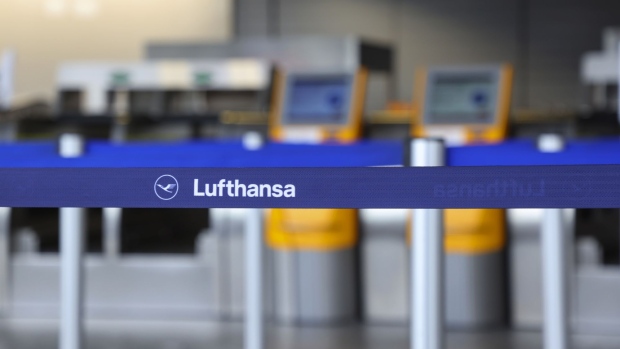 In a letter addressed to the supervisory board ahead of a meeting later today, the airline’s works councils said Lufthansa’s efforts to cut the wage bill have pushed operations to the brink. Lufthansa has said the program is needed to generate enough cash to pay down more than 15 billion euro ($15.30 billion) in debt and other liabilitites.

“Savings at any cost have been seen as a panacea for the company’s future for years, and our workers and customers have been completely ignored,” the workers said in the letter sent.

The letter sets a confrontational tone ahead of the meeting called to discuss flight disruption. While Lufthansa has so far dodged the crippling strikes endured by other airlines, anger is brewing among employees who say they’ve borne the brunt of drastic cost cuts that they say put Lufthansa’s branding as a premium carrier at risk.

Spohr has pledged to boost the company’s earnings before interest and taxes to a minimum of 8% by 2024, a move he said was needed to reduce debt. Disputes with worker representatives and the expensive cancellations suggest Spohr might have trouble reaching those goals, as he tries to balance the need to for more staff with his desire for lower costs.

“Staff cost will be an issue as restructuring has been too slow, and now they need to try to get measures through at the same time as they need more pilots,” Bernstein analyst Alex Irving said in an email, adding the company failed to do a hard restructuring like that undertaken by British Airways parent IAG. “I think they’re too late to push through the most contentious changes.”

To help thin out its flight plan and get service in order again, airline last week said it will only offer seats in its most expensive booking class for the month of July. That move raised the price of even the cheapest return flights between London and Frankfurt to 1,000 euros.