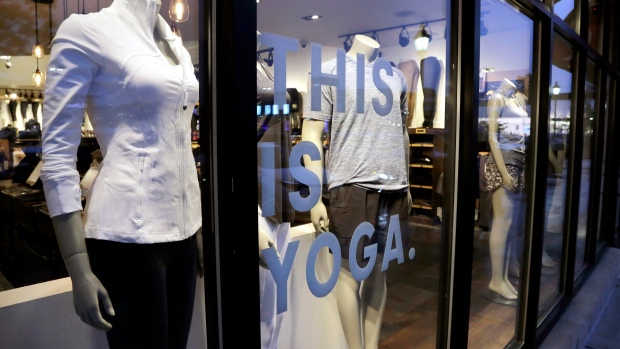 "Defendants create the defendant internet stores by the hundreds and design them to appear to be selling genuine Lululemon products, while actually selling counterfeit Lululemon products to unknowing customers," according to documents filed in the United States District Court for the Northern District of Illinois Eastern division.

The defendants are individuals and business entities, whose identities are not known, likely reside in China or other foreign jurisdictions, the document reads.

Their stores "share unique identifiers," the claim alleges, including design elements and similarities of what counterfeit products they sell.

Unknowing customers may view these online stores as authorized retailers, it reads.

"On information and belief, defendants are an interrelated group of counterfeiters working in active concert to knowingly and wilfully manufacture, import, distribute, offer for sale, and sell products and to provide retail store services using counterfeit versions of the Lululemon trademarks..." the claim reads.

The company is asking the court to stop the defendants and transfer the domains to Lululemon.

It is seeking "all profits" earned by the defendants or damages in the amount of $2 million for every use of the company's trademark.