Lululemon one of the best growth stories out there: Analyst

Lululemon Athletica Inc. (LULU.O) shares soared to a record high on Thursday after the maker of upscale yogawear topped fourth-quarter estimates and its forecast eased concerns of decelerating sales.

Lululemon’s new products are resonating with consumers, driving more store visits and turning window shoppers into buyers, as well as limiting markdown activity, analysts said. Investments into digital improvements are paying off, as e-commerce penetration reached 26 per cent. In short, Cowen called management’s execution “near flawless” and Morgan Stanley said the company was “firing on all cylinders.”

Shares rose as much as 16 per cent to US$171 in New York trading. The stock has now added almost 40 percent since the year began, about three times the gain in the 159-member Russell 1000 Consumer Discretionary Index. 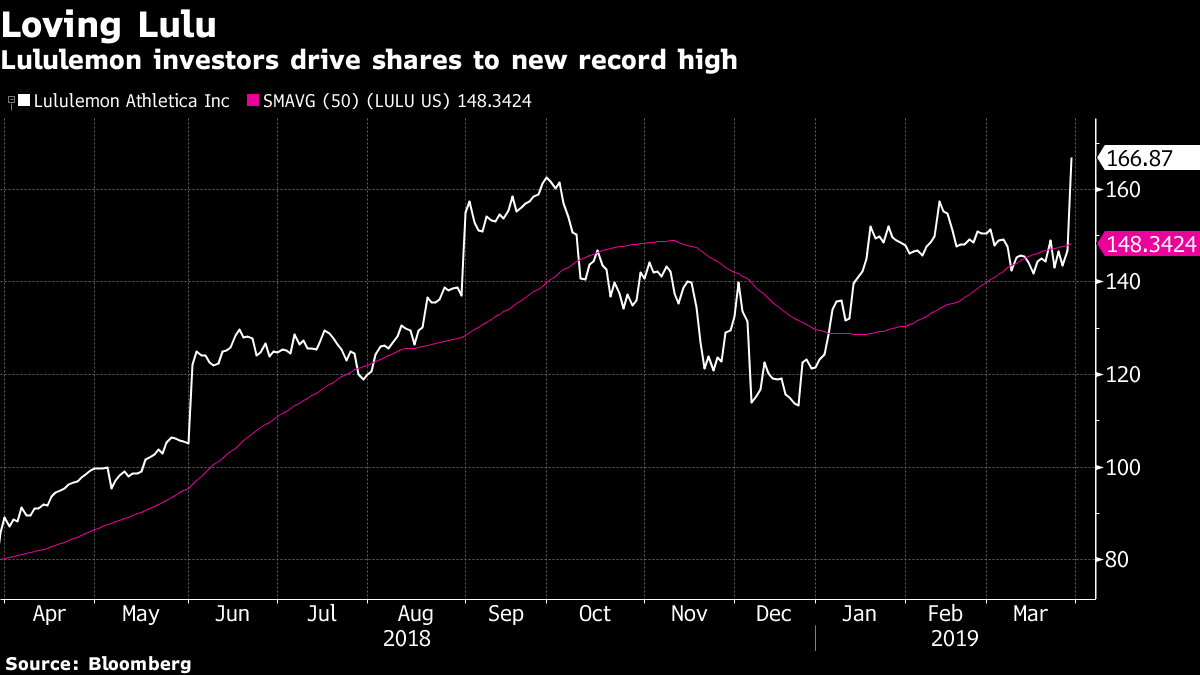 Lululemon’s stronger 4Q results and year outlook show that opportunity lies in taking the brand beyond its outlined growth strategy. The company has realized its e-commerce penetration, gross margin and operating margin targets ahead of plan, and we see it achieving its $4 billion sales goal earlier, too.--Poonam Goyal, senior retail analystClick here to read the research