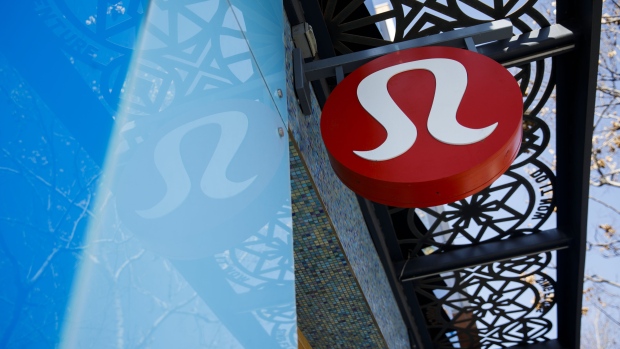 VANCOUVER -- Canada's Olympic and Paralympic athletes will be clad in Lululemon as they climb the podium in Beijing next year.

The Vancouver-based athletic company has signed on to become the official outfitter of Team Canada starting with the 2022 Winter Olympics. The deal will last through the 2028 Summer Games in Los Angeles.

David Shoemaker, CEO of the Canadian Olympic Committee, said he's "giddy" about the partnership because of Lululemon's "athlete-centric" approach to clothing.

"At its core, we believe in Lululemon and what they can do for the future of the Canadian Olympic and Canadian Paralympic movements," he said. "It's not lost on us that they are an icon, that Lululemon is an incredible Canadian success story, an industry leader."

Lululemon will provide athletes, coaches and other members of Team Canada with clothing and accessories for the opening and closing ceremonies, medal ceremonies, and to wear around the athletes' village.

A teaser video for the collection juxtaposes close-up shots of marbled fabric with moving water, and of a textured material with a rugged landscape. Snippets flash of several athletes, including Toronto Maple Leafs captain John Tavares and bobsledder Dawn Richardson Wilson, modelling the pieces before the words "Feel Canada" appear on the screen.

Karen O'Neill, CEO of the Canadian Paralympic Committee, said Lululemon did a lot of research into the specific needs of Paralympic athletes, looking at everything from pocket placement to heat management.

"It can be as simple as an enlarged tab on a zipper for someone who might have challenges with mobility or locomotor," she said.

Lululemon CEO Calvin McDonald said he hopes Canada will be "the best-dressed team at the Olympics."

"I think starting with Winter Games has been a wonderful opportunity for us to showcase a lot of our unique innovation over science and feel and how the athlete will feel, and how the layers work," he said.

Shoemaker sees one potential problem with the partnership, though.

"Athletes routinely trade items at the conclusion of Games and I don't think there's a single Canadian athlete that's going to be willing to give up any of this stuff," he said with a laugh.

Part of the Team Canada collection was released Thursday, including the "future legacy bag." The oval cross-body bag features an embroidered maple leaf and "Canada" repeatedly printed across the strap. Partial proceeds from its sales will go to the Canadian Olympic Foundation and Paralympic Foundation of Canada.

The full collection is set to be unveiled in Toronto on Oct. 26.

This report by The Canadian Press was first published Sept. 23, 2021.