There should be no U.S. tariffs on Canadian softwood lumber: President

Supply cuts from a top Canadian producer are sending lumber prices on a rally even as rising interest rates put a chill on housing markets.

Lumber futures rose for the third straight session Wednesday to US$601.80 per 1,000 board feet on the Chicago Mercantile Exchange. That’s the highest intraday price since July 22 and the longest rally since July 1.

Rising lumber prices affect real estate markets in the US as well as Canada. US builders get more than a quarter of their lumber from the northern nation, the world’s largest softwood lumber exporter.

“The bottom is in for now,” said ERA Forest Product Research’s Kevin Mason, noting West Fraser’s move is a strong signal that prices are too low for British Columbia mills. Prices may fall again in the future “unless more supply is removed, or demand miraculously rebounds.” 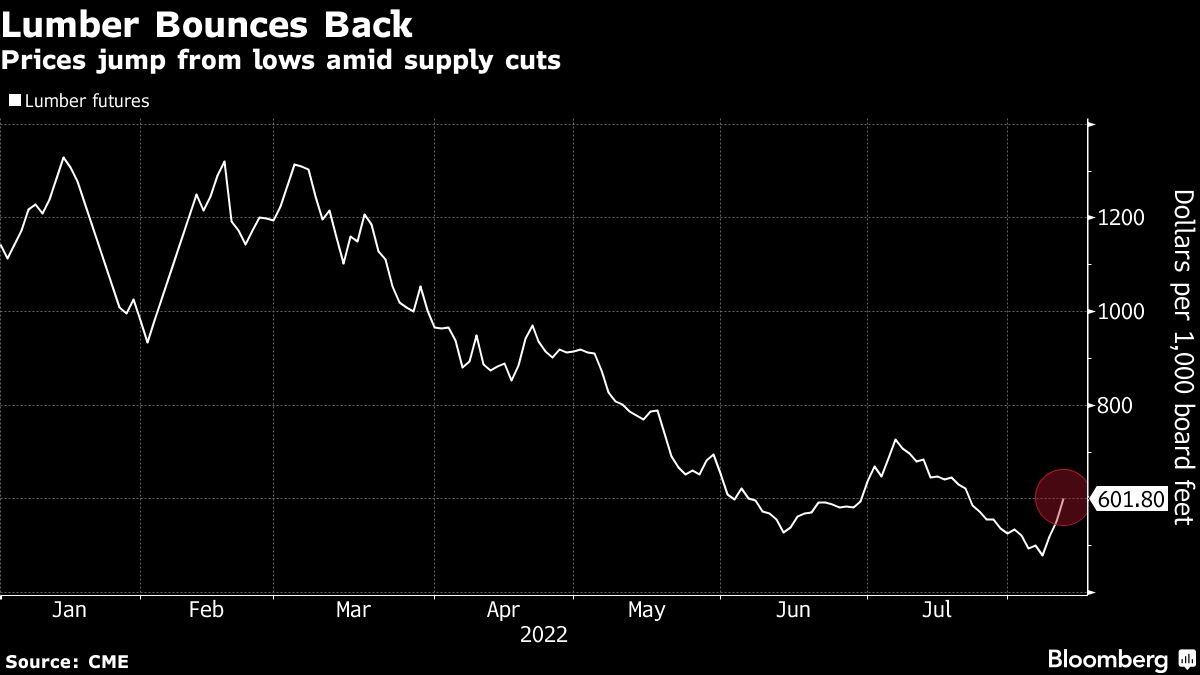 This year’s surge in borrowing costs has made homes too expensive for some buyers and sent lumber prices collapsing from all-time highs set in 2021 during the pandemic-fueled homebuilding boom. Almost 60,000 deals for home sales in the US fell through in June, as rising mortgage rates made homes more expensive, pushing buyers to walk away from deals.