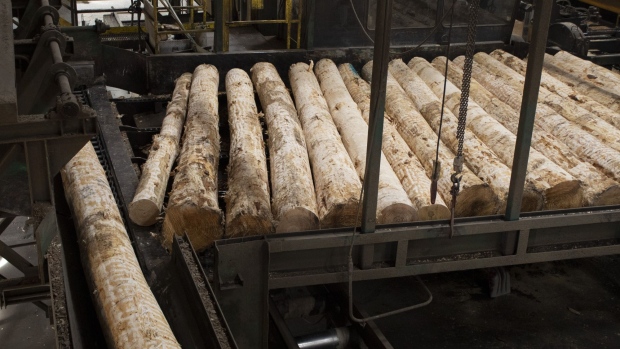 North American lumber producers are expected to post another quarter of record profits this week, but most attention will be on the outlook, with prices for wood products stumbling and do-it-yourself renovations slowing.

Producers are building and expanding sawmills in the southern U.S., where costs are low and timber is plentiful, while boosting output on expectations that the surge in homebuilding will continue. Some analysts warn that an oversupply may be building up, even with bottlenecks and supply constraints in British Columbia, Canada’s biggest lumber exporter to the U.S.

“We need to see some more supply cuts to re-balance inventories and turn prices around,” said Mark Wilde, a timber and wood products analyst at BMO Capital Markets.

Lumber companies including West Fraser Timber Co. Ltd., Canfor Corp. and Weyerhaeuser Co. have been swimming in cash during the last year due to an unexpected boom in homebuilding and renovations that caused wood prices to quadruple in 12 months and hit record highs in May. That’ll result in “the mother of all quarterly returns with record profitability” and revenues that exceed first-quarter results, said Greg Kuta of Westline Capital Strategies Inc. 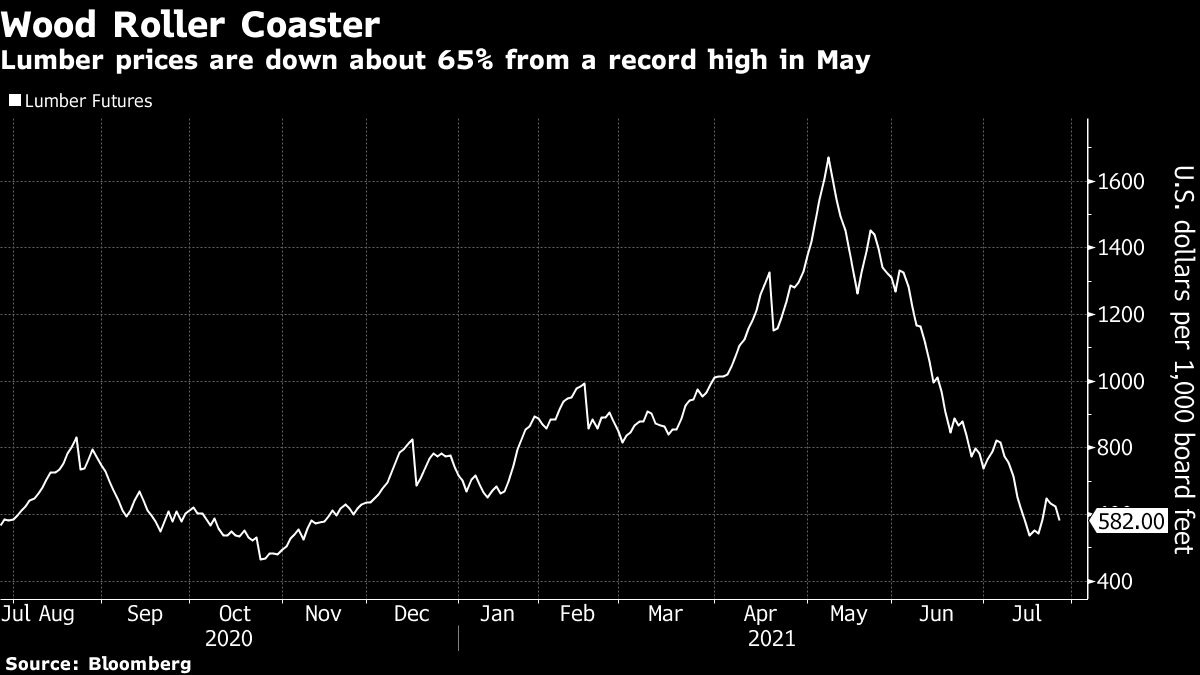 Lumber prices have since cooled along with a decline in DIY renovations, prompting analysts to anticipate lower quarterly earnings ahead for the producers. The impact of lower lumber prices and reduced renovations won’t be felt until the third quarter, said Kuta, whose Ohio-based firm specializes in lumber-trading strategies.

Lumber futures rallied over the past week after Vancouver-based Canfor said on July 20 it would curtail some production capacity at its Canadian sawmills during the third quarter due to “significant supply chain challenges” and transportation backlog in western Canada due to extreme wildfire conditions.

West Fraser’s production has also been hurt by B.C. fires since the second half of June, forcing the company to temporarily suspend some production due to affected logging areas, evacuation orders and difficulties transporting lumber. The company could not estimate when the situation will be alleviated but said its production and shipments will be “impacted” in the second half of 2021.

While a bad wildfire season in western North America could further buoy values, prices are holding at about 65 per cent below the May 10 record high.