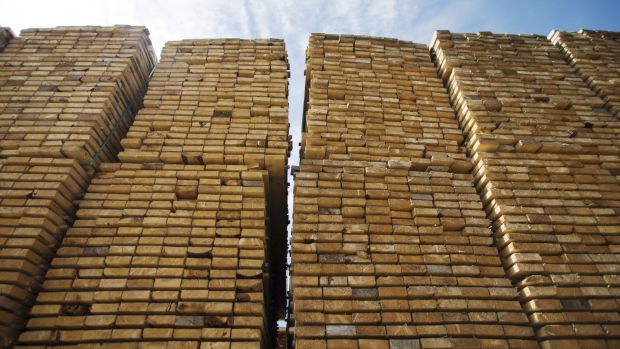 Softwood lumber sits in stacks at the Groupe Crete Inc. sawmill in Chertsey, Quebec, Canada, on Tuesday, Sept. 4, 2018. Lumber futures for November delivery rose $12.10, or 3%, to $414.70 per 1,000 board feet on the Chicago Mercantile Exchange after jumping by the maximum. , Bloomberg

Plunging lumber prices may have sent shares of producers tumbling in recent weeks, but analysts and traders say that if history is any guide, stocks are set for a rebound as the homebuilding season picks up into year-end.

Over the past 20 years, lumber prices and shares of companies from West Fraser Timber Co. and  Canfor Corp. to Louisiana-Pacific Corp. have tended to slump in September before rallying into the new year, according to a Bloomberg analysis of seasonality patterns. RBC Capital Markets analyst Paul Quinn says don’t expect this go-around to be any different.

“We see a positive setup for the traditional seasonal trade, where shares will typically bottom around mid-to-late October before rallying in anticipation of the upcoming building season,” Quinn wrote in a note to clients last week. Demand for wood products is likely to rise once the homeowners return from their summer holidays and slow their spending on leisure activities, he added, citing lumber traders. Quinn’s top “deep value” picks in the sector include Canfor, Conifex Timber Inc. and Western Forest Products Inc.

Lumber futures jumped over 300 per cent in the year through mid-May as locked down home owners boosted spending on do-it-yourself renovations and low mortgage rates spurred a building boom, catching sawmills with depleted inventories off guard. Anticipating a continued surge, producers ramped up supply and home centers stocked up aggressively, only to see demand fall back to Earth. Futures prices have fallen more than 70 per cent in the aftermath, and lumber dealers have been forced to liquidate inventory, Quinn said. 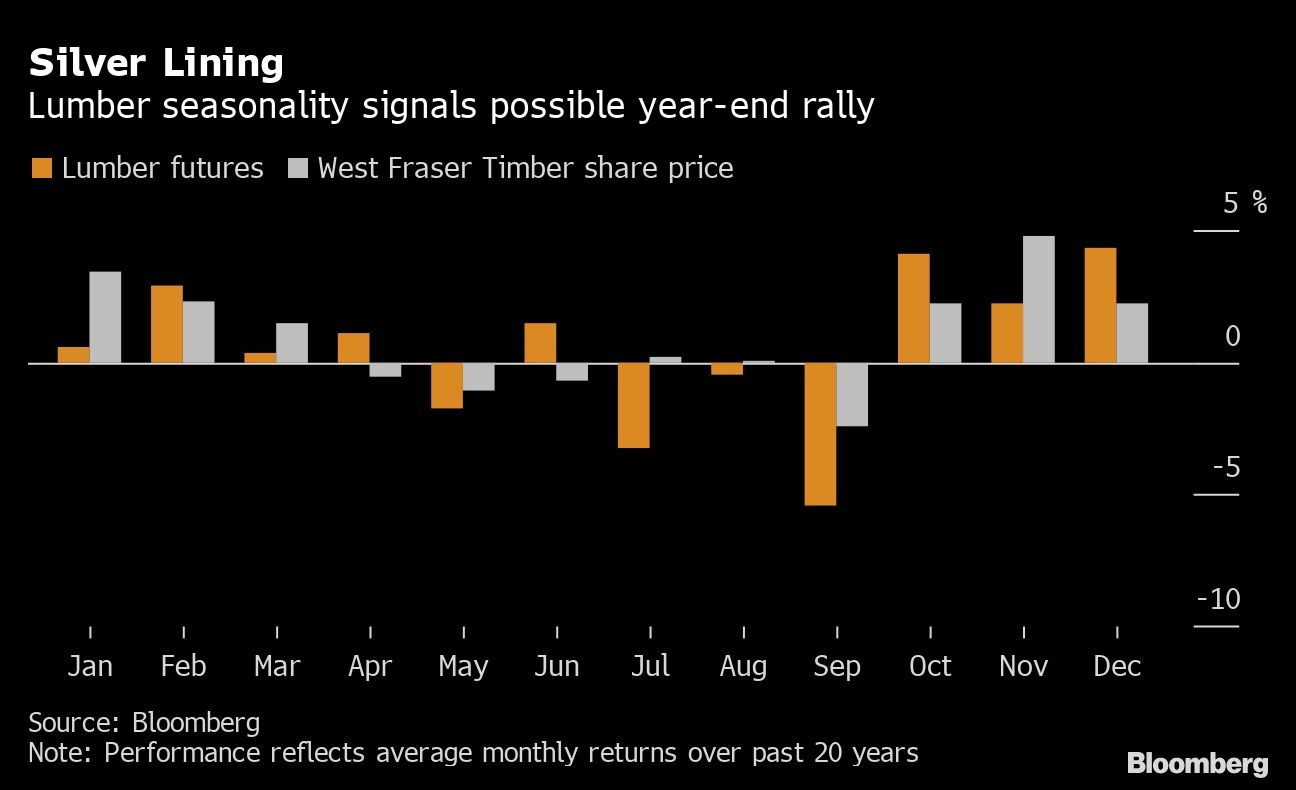 The sudden crash has taken its toll on producers. Western Forest Products is down roughly 20 per cent since its May peak, while Canfor, which on Wednesday said that it’s reducing operations at some of its British Columbia sawmills, has slumped over 25 per cent. Conifex Timber, which is off more than 30 per cent in the span, said last week it will temporarily slow production at its sawmill in Mackenzie, B.C. due to an “unprecedented collapse in lumber prices.”

Producers in British Columbia’s key interior region, where an estimated 14 per cent of North America’s lumber comes from, are now “underwater” with regional mill cash costs around US$525 to US$575 per thousand board feet in the second half of 2021, Canadian Imperial Bank of Commerce analyst Hamir Patel wrote in an Aug. 19 note.

Shares of lumber producers are trading at a “meaningful discount” and the worst of the selloff is likely in the past, Quinn wrote in a separate report. “Although lumber stocks are likely to remain under pressure until pricing starts to increase, we think that the worst of the declines are over and that it is a good time to start getting up to speed on the sector,” he added.