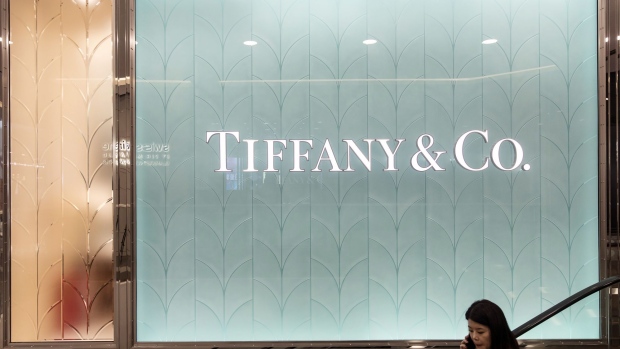 A shopper rides an escalator outside a Tiffany & Co. store in Shanghai, China, on Thursday, Dec. 19, 2019. , Qilai Shen/Bloomberg

Tiffany Co. and LVMH are in discussions to reduce the price of the French luxury giant’s contested deal to buy the U.S. jeweler, according to people familiar with the matter.

Tiffany is seeking around US$132 a share as a compromise price, the people said. It would also likely want a guarantee that LVMH wouldn’t back out of any revised deal, after the Louis Vuitton owner said in September it couldn’t complete the acquisition because of a French government request. The behind-the-scenes negotiations may not lead to an agreement, one person said.

The original price for the deal was US$135 per share, or about US$16 billion in total. By taking control of Tiffany, LVMH would gain better access to the worldwide luxury jewelry market.

Tiffany shares rose as much as 5.4 per cent to US$129.41 in New York trading on Tuesday. LVMH shares fell less than one per cent.

A rapprochement would allow the companies to avoid a courtroom battle after the deal they struck a year ago turned sour amid COVID-19’s upheaval of global luxury spending. There’s another incentive as well -- that disruption appears to be fading, even if the virus continues to spread. LVMH reported an unexpected sales rebound in the third quarter, while Tiffany has said its performance is recovering.

“I think it is likely that LVMH and Tiffany will find a common ground and will agree a lower price for the takeover,” said Luca Solca, an analyst with Sanford C. Bernstein.

Earlier Tuesday, CNBC’s David Faber reported that there’s a possibility of the price being “slightly” reduced, citing people familiar with the matter that he didn’t identify. The deal could also move to a tender offer, which would speed up the process, he reported.

LVMH has argued that Tiffany has botched its response to COVID-19 and this has created a material adverse effect that will allow it to invalidate the agreement. Tiffany has countered that its sales are improving and the deal should proceed as planned.

LVMH and Tiffany didn’t respond to requests for comment.

The deal was cleared by European Union antitrust officials earlier this week. LVMH applied for the regulatory review after saying in September that it was unable to complete the transaction because of a French government request to delay it amid a U.S.-France trade dispute.

“The two companies would be wise to chat,” said Aitken. “I still believe the court will favor Tiffany versus LVMH.”

The Louis Vuitton owner has said that its move to proceed with the EU filing for regulatory approval showed that it was acting in good faith, which Tiffany has questioned. The jeweler has said in court filings that LVMH latched onto a letter from the French government as a way to seek a lower price amid the fallout from COVID-19.

Last month, Tiffany persuaded a U.S. court to fast-track a lawsuit claiming that LVMH is relying on faulty legal pretexts to try to cancel the deal, and the judge urged both sides to seek a settlement.

Delaware Chancery Court Judge Joseph Slights III in September rejected a request by LVMH that he put off the case until well into next year. But the judge also denied Tiffany’s bid to have the matter decided before the deal’s Nov. 24 closing date, setting a trial for Jan. 5.