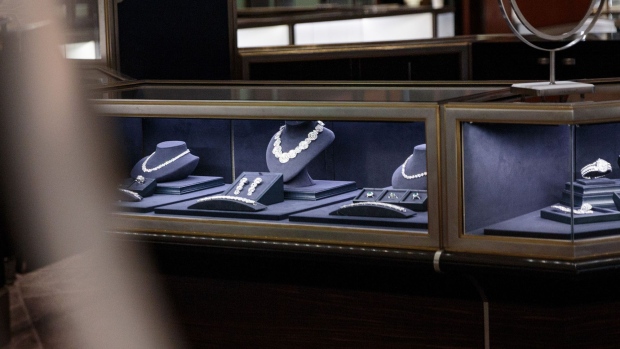 LVMH and Tiffany & Co. are staying away from the negotiating table even though a judge urged them to settle lawsuits over their ill-fated deal to combine, according to people familiar with their thinking.

The companies instead are preparing for a trial scheduled to begin on Jan. 5, said the people, who didn’t want to be identified because the matter is private. That could temper investor optimism, after 53 per cent of those responding to a Sanford C. Bernstein poll said they thought the deal could still go through.

LVMH jolted Tiffany shareholders earlier this month by announcing that the world’s largest luxury-goods maker decided to pull out of its US$16 billion acquisition of the New York-based jeweler. Tiffany retaliated with a lawsuit.

Delaware Chancery Court Judge Joseph Slights III earlier this week suggested both companies should consider holding “productive conversations to avoid litigation.” He set dates for the four-day trial in early January, after the deal’s original deadline but before a Feb. 3 expiration of U.S. antitrust clearance.

While the companies don’t currently plan to enter negotiations, there are likely to be pressure points -- such as a worsening economic backdrop because of the pandemic -- that could prompt renewed discussions, a person familiar with the matter said.

In that case, the judge’s recommendation to hold talks “could reinforce the scenario of an agreement with an acquisition price renegotiated lower,” David Da Maia, analyst at CIC Market Solutions said in a note.

Tiffany argued that the trial should be held before Nov. 24, the deadline for the deal to close.

LVMH will still exit the contract after that date if it considers that some conditions aren’t met, according to a person familiar with the company’s thinking. Should the judge decide that LVMH has to respect the contract in the verdict in January, the French company will abide by such a ruling, it said in a court filing.

Tiffany could therefore be in limbo between Nov. 25 and Jan. 9, when the trial is due to end, just as holiday shopping peaks and the luxury industry seeks to recover from a turbulent year. Once the November deadline passes, however, the jeweler will be freed from restrictions on capital expenditure, hiring or firing top executives and signing new store leases that were put in under the takeover agreement.

The European Commission is expected to rule on antitrust matters by Oct. 26. Although LVMH wants to exit the deal, the company filed for approval to try to show that it did everything in its power to meet conditions for the agreement, after Tiffany said it tried to slow down the closing.

LVMH lawyers will also scrutinize Tiffany’s third-quarter earnings, which should come in early December. A poor performance would boost LVMH’s claim that the business has suffered from a material adverse effect, potentially bolstering its case for exiting the contract.

In the meantime, legal teams on both sides will soon start the discovery period where the two companies request documents from each other and build their legal cases.

LVMH initially said its decision to pull out of the deal followed the receipt of a letter from Foreign Affairs Minister Jean-Yves Le Drian asking it to postpone closing to January as France prepares to negotiate a trade dispute with the U.S.

Le Drian said in parliament this week that he was responding to a request from LVMH, which had described the letter as “unsolicited” and denied a Bloomberg report that Chairman Bernard Arnault leaned on the government for support in wiggling out of the deal.