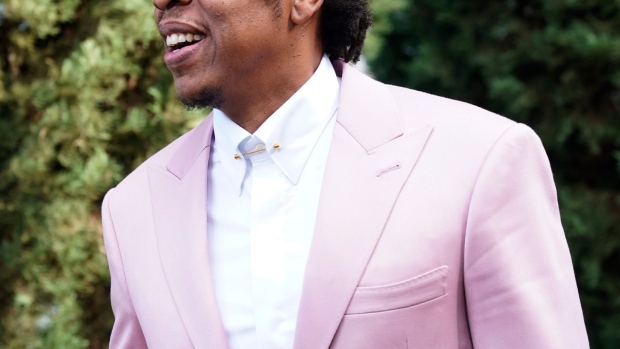 (Bloomberg) -- LVMH’s Moet Hennessy has bought a 50% stake in Armand de Brignac, a Champagne producer owned by rapper Jay-Z, another sign of a close relationship between the luxury industry and hip-hop culture.

No financial terms were disclosed for Monday’s transaction. Armand de Brignac sold more than half a million bottles in 2019, prices of which run $300 and up.

The rap star has been an investor in the brand since 2006, when he touted the brand, known for its Ace of Spades logo on a metallic silver bottle, in a video for “Show Me What You Got.” Jay-Z bought out Sovereign Brands’s stake in the company in 2014.

The brand is set to gain from the luxury-marketing expertise and distribution network of LVMH just as the Champagne industry reels from the pandemic. The market shrank by a fifth last year amid delays and cancellations to weddings and other celebrations. LVMH, whose brands include Moet & Chandon Champagne and Hennessy Cognac, outperformed, with wine and spirit sales dropping 14%.

The deal is the fruit of connections between Jay-Z and Alexandre Arnault, the 28-year old son of LVMH’s billionaire founder, Bernard Arnault. Alexandre has been taking a bigger role at the conglomerate, recently being named to help run Tiffany & Co., which became part of LVMH last month. He previously ran Rimowa after persuading LVMH to acquire the German suitcase brand.

The rapper threw an Oscars party last year where guests like Kanye West and Jack Dorsey could sip his Armand de Brignac Champagne.

LVMH’s bet on global celebrities hasn’t always paid off. The luxury conglomerate announced earlier this month it was suspending its collaboration with Rihanna for the Fenty fashion brand, less than two years into that venture.