The San Francisco-based company’s shares closed down 30 per cent at US$21.56 in New York. The decline is the stock’s steepest-ever drop in a single session, and marks a descent of 72 per cent from the record-high of US$78.29 touched in March 2019.

“There’s no room for error in this environment, but still, this selloff seems overdone,” Piper Sandler analyst Alexander Potter wrote in a note. 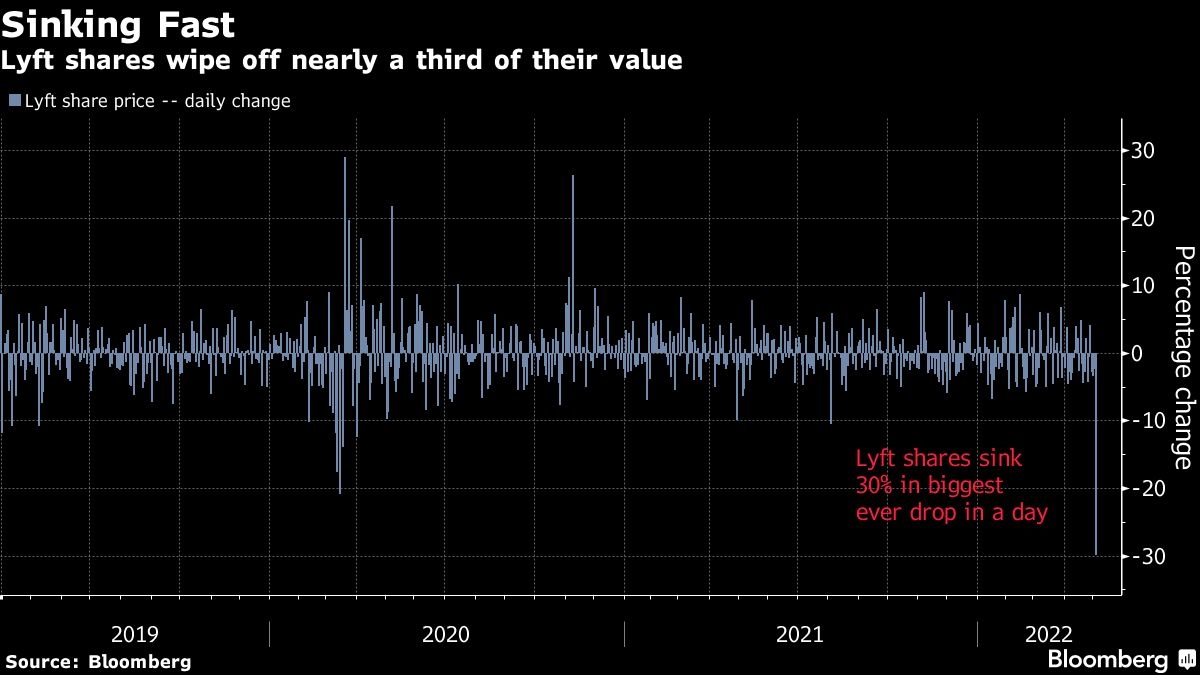 The gloom from Lyft’s results also spread to its larger and more diversified peer, Uber Technologies Inc., which was lower premarket despite reporting strong revenue for the first quarter and delivering an upbeat outlook on Wednesday morning. Uber closed down 4.7 per cent.

Uber was initially due to report postmarket on Wednesday, but the company in a statement released Tuesday evening said it was rescheduling the release of the results and its quarterly conference in order to provide a “more timely update” to its performance and guidance.

Lyft said it expects revenue of as much as US$1 billion in the second quarter, and sees earnings before interest, tax, depreciation and amortization of US$10 million to US$20 million in the period. Both were lower than analysts expected. At the same time, the company plans to increase its spending on driver incentives.

“This investment phase was not calibrated into our initial expectations for 2022 and likely caught many off guard,” Northcoast Research analyst John Healy wrote in a note. Healy lowered his price target on Lyft to US$35 from US$65.

Both Lyft and Uber were hard hit during the pandemic as shutdowns slammed the brakes on demand. But now, even with riders returning, the stocks are getting punished as investors grow increasingly wary of expensive and riskier growth assets amid concerns about inflation and a possible economic slowdown.