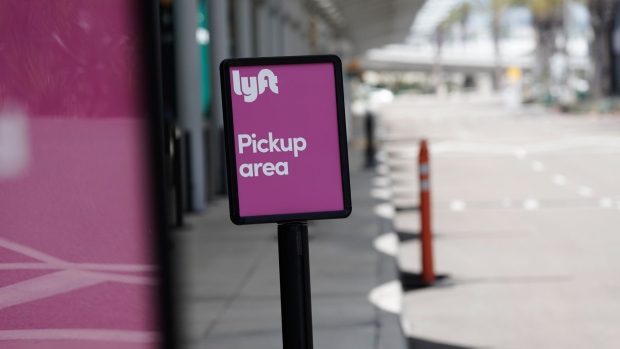 Lyft Inc. reported fewer riders than analysts’ expected in the fourth quarter as omicron damped travel, sending the shares down about 7 per cent in extended trading.

But the riders that did hop in a Lyft generated higher revenue, due to a shortage of drivers and trips that were longer and had higher fares.

“We have great momentum but still have lots more to do with one last turn to navigate with omicron,” co-founder and President John Zimmer said in an interview.

The company reported 18.7 million active riders in the quarter, up 49 per cent from a year earlier, though well short of the 22.9 million in 2019. Analysts were expecting 20 million.

Lyft said it saw a significant jump in revenue per active rider, which reached an all-time high of US$51.79. The increase stems largely from an improvement in the mix of shorter rides and generally pricier airport trips, which doubled from last year, Zimmer said.

The boost in rider revenue helped push revenue in the fourth quarter up 70 per cent from a year earlier to US$969.9 million, the San Francisco-based company said. That surpassed the US$940.4 million analysts were expecting, according to data compiled by Bloomberg.

“It’s hard to guage the impact, large or small, from omicron, and the fourth and first quarter are typically seasonally unique because of weather and holidays,” Zimmer said, adding that the majority of omicron’s effect on ridership is “being felt in the first quarter.”

The ride-hailing giant has been buffeted by the effects of COVID and has struggled to match drivers with demand. When the pandemic first seized the U.S. and cities were under lockdowns, demand for rides ground nearly to a halt. Then as restrictions eased, riders were looking for cars, but many drivers stayed on the sidelines, forcing Lyft and Uber Technologies Inc. to offer costly incentives. 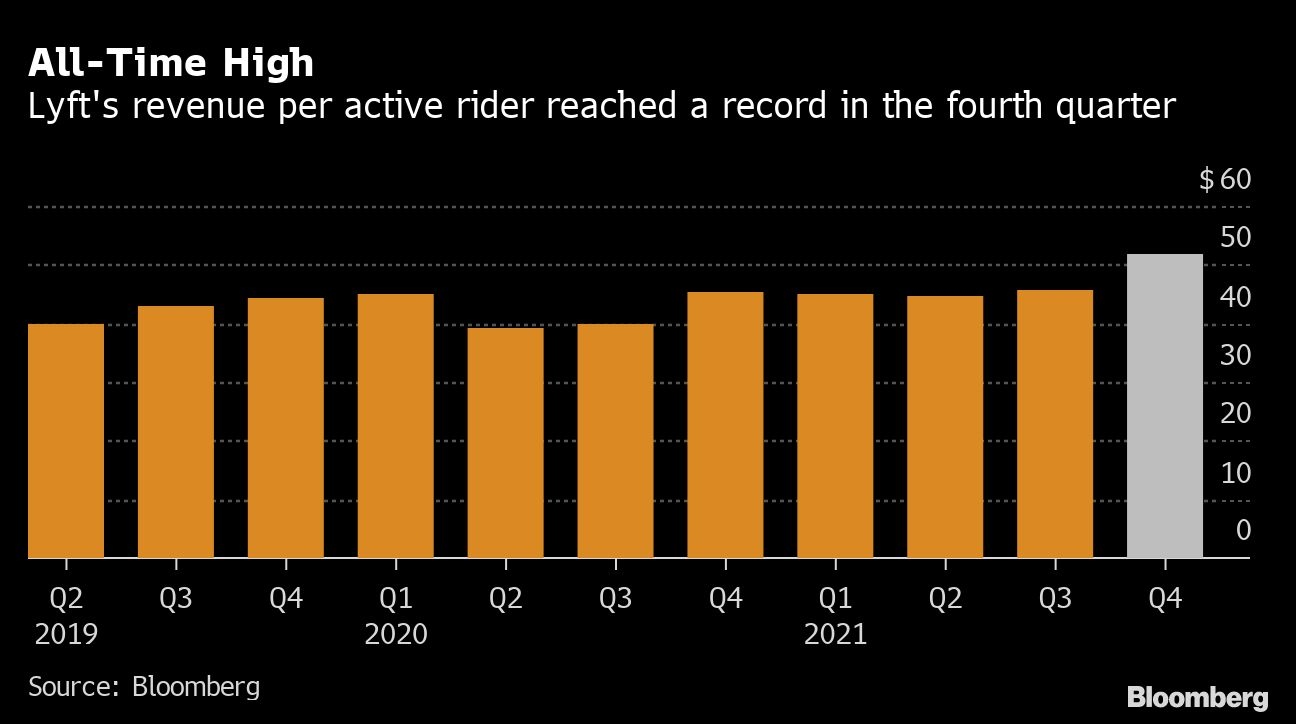 While Uber has been able to pivot into food delivery during the pandemic with Uber Eats, Lyft’s core business is ride sharing. Even as demand has rebounded, a persistent shortage of drivers has loomed over the companies’ recovery and has left customers waiting longer and paying more for rides. Zimmer said the number of drivers increased 34 per cent from the previous year, with new driver activations jumping 50 per cent in the same period.

Adjusted earnings before tax and depreciation were US$74.7 million in the quarter, lower than the US$75.7 million analysts were expecting.

Lyft closed the year with its first annual profit on an adjusted EBITDA basis. For fiscal 2021 that measure was US$92.9 million, compared with a loss of US$755.2 million in fiscal 2020.

The shares are down about 3.6 per cent so far this year, a better performance than Uber (down 8.6 per cent) or DoorDash Inc. (down 32 per cent).