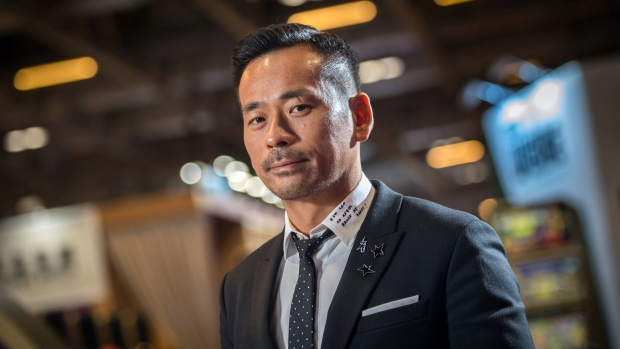 (Bloomberg) -- Macau police detained a man believed to be the head of the gambling hub’s biggest junket operator after the Chinese city of Wenzhou approved an arrest warrant for Suncity Group Chief Executive Officer Alvin Chau.

A man surnamed Chau was taken away along with several others for an investigation, the Macau government said in a statement Saturday. Authorities didn’t provide Chau’s full name or the junket operator he works for, but linked the detention to the arrest warrant issued by prosecutors in Wenzhou city.

Wenzhou police said late Friday they had been probing since July the operation of casinos on mainland China, which is a crime. Their investigation showed Chau of Suncity Group headed the syndicate, which had a network of 199 shareholder-level representatives and more than 12,000 agents for gambling promotion.

Suncity didn’t immediately respond to Bloomberg’s request for comments, while the Macau government said in its statement that junket operators should comply with laws.

Macau authorities in September proposed an increase in government supervision of casino operators, signaling tighter control over the world’s largest gambling hub amid Beijing’s efforts to clamp down on money laundering and currency outflows. They also sought to increase scrutiny on so-called junkets which service high-rollers and extend credit to them, including raising entry barriers for such operators as well as allowing background checks.

The syndicate led by Chau organized trips for Chinese citizens to play at their gambling rooms outside mainland China and assisted gamblers on cross-border online gambling activities, Wenzhou police said. While gambling is legal in Macau and fuels much of the former Portuguese colony’s economy, it remains illegal in mainland China which operates under a different political system.

The crime has “caused severe damages to the social order of the country,” Wenzhou police said, adding the group led by Chau had developed a network of more than 80,000 mainland Chinese gamblers. The syndicate provided illegal cash settlement, credit, transportation services and technology support for gamblers, it said.

The incident is “really bad” for the junket industry, JPMorgan analysts said in a research note following the approval of the arrest warrant on Friday.

“The timing of the announcement is somewhat worrying, as this could also influence Macau’s view of the junket system into this important license renewal period,” the analysts warned.

Shares of Nasdaq-listed Melco Resorts & Entertainment Ltd fell more than 10%, while Wynn Resorts Ltd closed about 6% lower. Las Vegas Sands Corp saw its stock slide nearly 5.4%, and MGM Resorts International was down 2.3%. The four casino businesses have operations in Macau and could be exposed to regulatory risks there.

Macau gaming companies may experience a severe shrinkage of VIP gaming business as authorities tighten supervision over junkets in mainland China. Wenzhou People’s Procuratorate recently approved the arrest of Alvin Chau for organizing gambling activities in mainland China, according to its official Weibo account. Chau is CEO of Suncity Group, the largest junket operator in Macau, implying a possible evaporation of junket business in the long term. Digital yuan, which is more transparent, might become the major way for high-end gamblers to fund their spending.

Macau casinos had their worst month of the year as the hub reported a 40% fall in gaming revenue for October, according to the latest data available. The sector has been hit by a pandemic-induced travel halt and as uncertainties swirled over tighter government oversight of the industry.