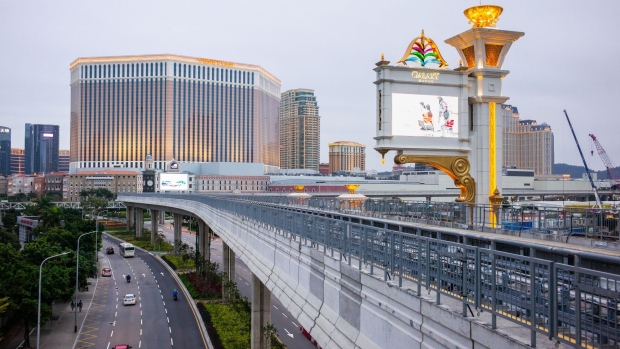 (Bloomberg) -- Macau gaming revenue plunged by more than 90% for a fourth straight month, as China’s ban on tourist visas continued to deprive the gambling hub of its biggest source of clients.