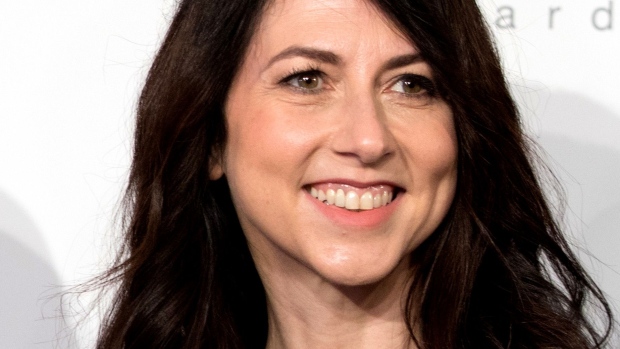 (Bloomberg) -- MacKenzie Scott’s stake in Amazon.com Inc shrunk by 2.5 million shares last year, according to a regulatory filing, as the world’s fifth-richest woman set records with the pace of her philanthropy.

Those shares would be worth as much as $8.5 billion based on the average of Amazon’s share price between the dates of the two disclosures. The stake would total $7.3 billion based on Amazon’s current $2,879.56 stock price.

Scott still holds 14.9 million shares, according to the filing. It details Jeff Bezos’s holdings, including stock that Scott ended up with following their 2019 divorce and which Bezos retains voting power over.

Scott is worth $48.3 billion, according to the Bloomberg Billionaires Index. It would be considerably more but she’s donated more than $8.6 billion since their split to hundreds of charities across the U.S.

Scott announces her donations in blog posts that explain her motives and concerns over inequality in society. In 2021 she gave at least $2.7 billion, according to a June 2021 post. In a December post, she opted to keep the amount she gave secret.

Scott’s philanthropy is overseen by her Seattle-based family office Lost Horse, though she uses the Bridgespan Group to pick and vet organizations.

Bezos is the world’s second-richest person with a $168.9 billion fortune.