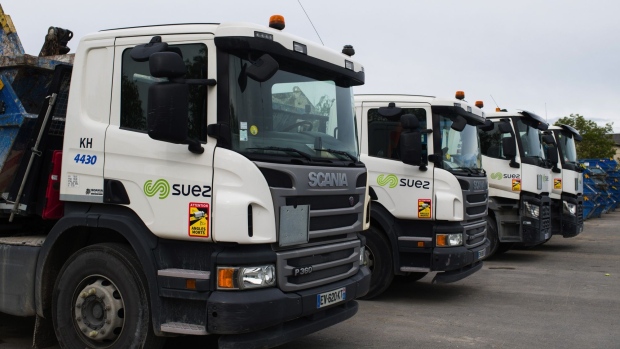 Garbage trucks in a yard at a Suez SA waste recycling site in the Gennevilliers district in Paris, France, on Tuesday, May 11, 2021. Veolia Environnement SA, the world’s largest waste and water utility, shook the industry last summer when it launched a takeover offer for Suez, triggering a seven-month feud in courts and through media. , Bloomberg

The transaction may be announced as soon as Monday, said the people, asking not to be identified because the information is private.

The planned disposal will mark the last step in Veolia’s acquisition of a large part of its smaller French rival Suez, which was completed in other regions of the world earlier this year. Demand is growing for water and waste-treatment and recycling services as governments around the world introduce more stringent rules to fight pollution.

An investor group led by Meridiam SAS and Global Infrastructure Partners, which already bought Suez’s business in France and several other countries, still has the right to make an offer for the Suez UK assets by matching the price Macquarie is offering, the people said.

Spokespeople for Macquarie and Veolia declined to comment, while a representative for Suez couldn’t immediately be reached outside regular business hours.

The UK competition watchdog said in May that Veolia’s acquisition of Suez’s business in the country may hurt competition in the water and waste-treatment sector and drive up prices at a time when consumers are already being squeezed. While expressing its disagreement with the regulator’s analysis, Veolia said in June that it would sell the assets.

The disposal will “free up significant cash flow to finance new developments, particularly in the energy sector,” Veolia said at the time.