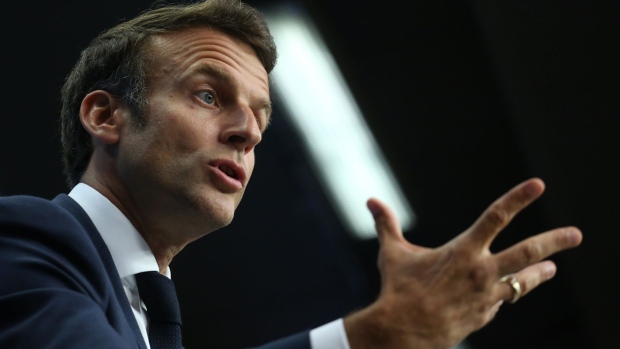 (Bloomberg) -- French President Emmanuel Macron, whose party lost its outright majority in the lower house of Parliament a week ago, asked Prime Minister Elisabeth Borne to form a new cabinet by early July and sound out lawmakers from other parties about reforming the country.

Borne will discuss this week with opposition parties at the National Assembly their views regarding a government agreement and their potential participation in a coalition, Macron said in an interview with Agence France-Presse published Saturday evening. Borne also will sound out lawmakers about a vote of confidence for her new cabinet on July 5 and the budget next autumn, he said.

The basis for these discussions will be the presidential platform, which may be “amended or enriched,” with raising taxes or the country’s debt being red lines, Macron told AFP. The president is still calling for an overhaul of the pension system that would require people to work longer, and reform to achieve full employment.

While Macron was re-elected for a new five-year mandate in April, his party’s setback in this month’s legislative elections will probably make it harder to push through reforms, just as France faces mounting debt, soaring inflation and potential energy shortages amid Russia’s war in Ukraine.