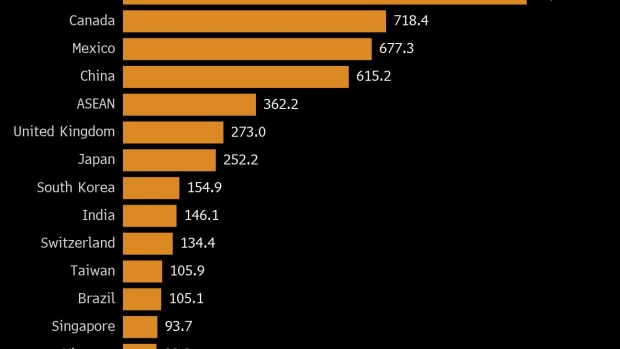 Macron and European Union leaders have been outspoken over the Inflation Reduction Act, which they say provides an unfair advantage to North American electric-vehicle producers. The EU has said it may take the US to the World Trade Organization over the law.

Biden told said Thursday at a joint news conference with Macron that the law “was never intended to exclude folks who were cooperating with us” but that “the US makes no apology.” He added that he saw room for tweaks to “make it easier for European countries to participate.”

“There’s obviously going to be glitches in it, and a need to reconcile changes in it,” Biden said.

It isn’t clear how the law might be revised, as Republicans are unlikely to be willing to amend it after they take control of the House next year.

Macron and the rest of the EU are struggling to maintain unity with the US as they coordinate their responses to Russia’s war in Ukraine and an intensifying energy crisis that threatens to throw the region into a recession. The EU’s competition chief warned of the risks a new trade war with the US could inflict on the bloc.

Macron believes that the climate law weakens America’s allies and it’s not in the US interest to impoverish European countries, according to a person familiar with the president’s thinking who spoke on the condition of anonymity. When Macron speaks with Biden, he’ll push for exemptions for the EU that would create a level playing field and better coordination on trade matters.

French officials have said there is little hope the Americans will take concrete actions to allay their concerns. The law, which has drawn criticism from auto-making nations worldwide, is unlikely to be amended.

Macron has long pushed for a so-called Buy European Act, which would reserve public tender offers and subsidies for manufacturers on the continent. The idea has always run into opposition in the EU, but failure to win American concessions could give the bloc’s subsidy push new momentum.

A senior administration official told reporters earlier this week that Washington sees a role for possible European subsidies to aid EU businesses who won’t benefit from tax credits in the American law.

“We agreed to resynchornize our approaches, our agendas to invest in critical emerging industries -- semiconductors, batteries, hydrogen, everything that is absolutely decisive,” Macron said. “We tasked our teams to continue this work in close cooperation, coordination to find solutions on the topics we have identified.”

If the US law goes ahead as-is, France stands to attract €10 billion ($10.3 billion) less investment and create 10,000 fewer jobs, according to estimates by the French government.

Margrethe Vestager told reporters in Paris on Thursday that the climate law could be very damaging for European businesses, as well as in other major economies, including Japan and South Korea. But she said avoiding a subsidy race in an absolute priority and the EU is working constructively with the US to find solutions as soon as possible.

“One war at a time is what we can master,” Vestager said, noting the energy crisis in Europe sparked by Russia’s invasion of Ukraine. “We have found solutions on very difficult issues before and we should be able to do it again because I don’t think the geopolitical situation we are in allows for big democracies to have a fallout.”

--With assistance from Ania Nussbaum, William Horobin and Josh Wingrove.