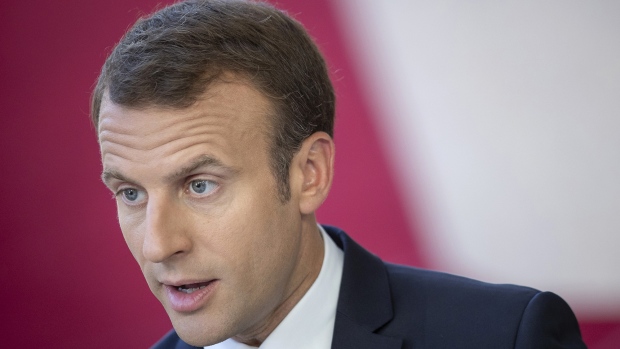 “We have reasons to be proud of the work we’ve done and we have the legitimacy to keep going,” Philippe said in a 66-minute speech laying out what he called “Act II” of Emmanuel Macron’s presidency. “We’ve done a lot in the past two years and we need to do a lot more," he added. "Our enemy is the status quo.”

Macron’s team is seeking to reassure his base that the president’s commitment to modernizing the euro zone’s second-largest economy hasn’t been shaken by months of protest by the Yellow Vest movement and seeing his party finish just behind the euroskeptic National Rally in May’s European elections. The chamber, where the administration has a healthy majority, is due to vote on the program later in the day.

Philippe said his government will next month present proposals to gradually merge France’s 42 different public pension systems to ensure that all contributors have the same rights. The minimum retirement age will remain 62 but incentives will be introduced to encourage people to work longer.

Pensions are seen as the mother-of-all reforms in France and several previous governments have backed down in the face of public opposition to their attempts to change it. Last month Macron said the effort to reform the country leaves his government vulnerable to attacks until the new plans start to bear fruit.

The premier, a member of the center-right Republican party before he embraced Macron’s project two years ago, also said the government will propose changes to France’s unemployment benefits next week. Philippe said he aims to encourage people to get back to work, while discouraging companies from resorting to short-term contracts.

The speech also included a crackdown on crime and illegal immigration and measures to cut down on the use of plastic and food wastage. He confirmed targets to close older nuclear plants and to build offshore wind farms.

Philippe also said the government will take more time to consult and explain its policies, after Macron’s popularity was undermined in the first two years by the impression that he’s aloof and arrogant.

To contact the editors responsible for this story: Ben Sills at bsills@bloomberg.net, Jerrold Colten