Macy's Rebounds From Tough Holiday With a 1Q Sales Surprise

Macy’s Inc. (M.N) surged after reporting improvements to its sales, including at its brick-and-mortar locations. The company said its strategic turnaround plan is on track to deliver “long-term profit growth.”

Same-store sales for owned as well as licensed stores gained 0.7 per cent in the company’s latest quarter, the sixth consecutive gain. That’s better than analysts’ projections, according to Consensus Metrix. Macy’s also said it had another quarter of double-digit online sales growth. 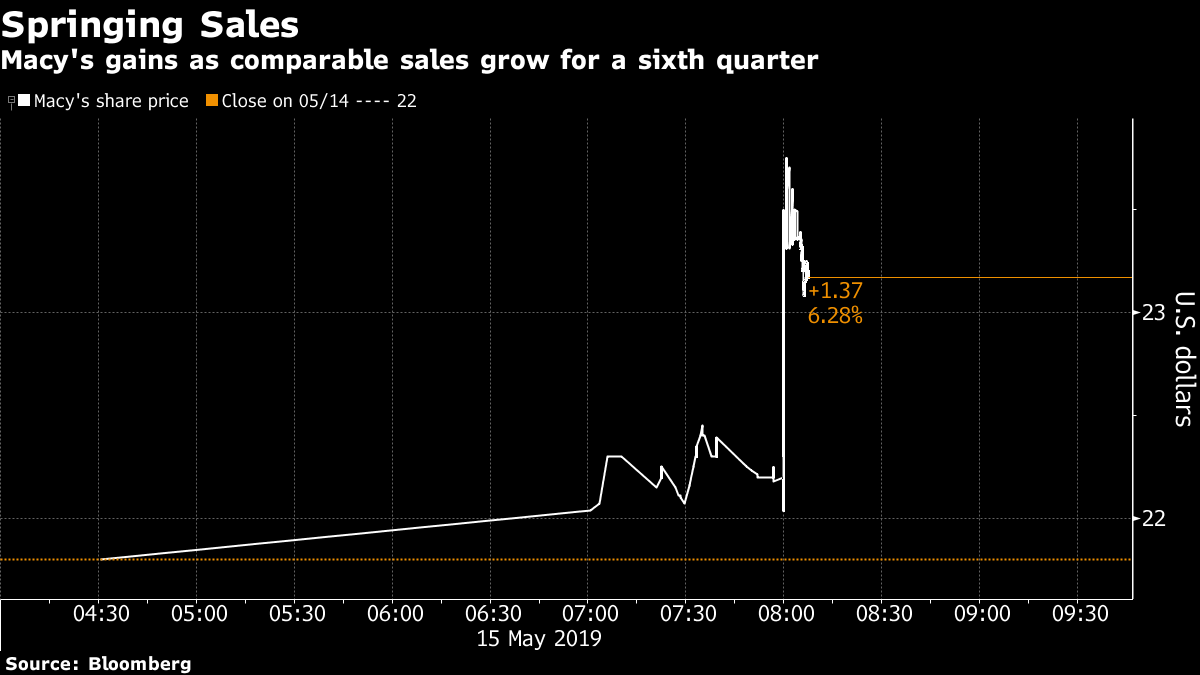 Macy’s current mission is to cut costs, and Chief Executive Officer Jeff Gennette says the plan is “making progress.’’ Shareholders like cost cutting, but some analysts had been wondering whether it would also be making the big changes needed to fuel top-line growth. This set of results suggests it’s doing just that. The chain has been experimenting with different ways to use its real estate, including its Story pop-up concept to attract younger shoppers and its Backstage discount concept. Gennette said those kinds of new ideas helped support growth in the quarter, leading to a sequential improvement in brick and mortar sales. In terms of thinking outside the box, Macy’s has also held preliminary discussions with New York City officials about building a skyscraper on top of its flagship store in Manhattan’s Herald Square. It may give more details on its call later this morning.

The shares rose as much as 4 per cent to US$22.68 in New York Wednesday. They had dropped 27 per cent this year through Tuesday’s close, in contrast with the 13 per cent gain in the S&P 500 Index.