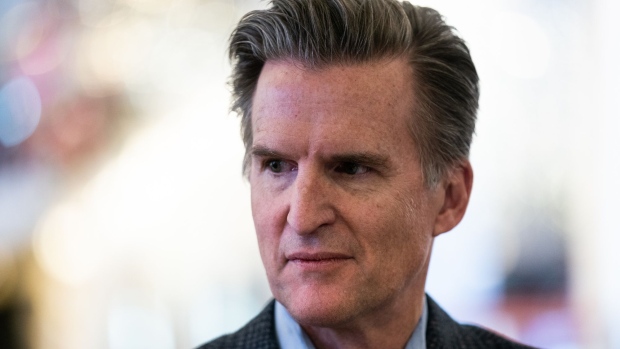 A closed Macy's Inc. store stands in Arlington, Virginia, U.S., on Tuesday, March 31, 2020. Macy's, which closed all of its stores on March 18 in response to the coronavirus pandemic, said it would furlough the majority of its workers starting April 1. Photographer: Andrew Harrer/Bloomberg , Bloomberg

The board of Macy’s Inc. handed US$9 million in equity awards to six top executives just two weeks after the department store chain said it would cut thousands of jobs in its corporate office.

Chief Executive Officer Jeff Gennette received restricted stock worth US$3.7 million on July 9, according to a regulatory filing. The other five, including legal chief Elisa Garcia and Danielle Kirgan, who oversees human resources, received awards ranging from US$350,000 to US$3 million.

It has been a grim year for the retailer, whose difficulties have been exacerbated by enforced store lockdowns to stave off the coronavirus pandemic.

A month before the lockdowns began, the company said it would close 125 department stores -- a quarter of its total -- and lay off a few thousand workers. And on June 25, Gennette announced another 3,900 job cuts in corporate and management roles.

The company’s shares have plunged 60 per cent this year.

The economic effects of the pandemic have ripped through the retail industry, which for years has fought to cope with changing consumer behavior and a shift to online shopping. Neiman Marcus, J.C. Penney Co. and others have filed for bankruptcy, while many more have cut jobs both in stores and at the corporate level.

Macy’s top executives typically receive their annual equity allotments in mid-March, but the board delayed those grants this year, the company said in an emailed statement. Instead they were granted last week.

The statement didn’t address questions about the board’s decision to delay the awards, but said that it will be explained in next year’s proxy.

On July 1, the board also reversed top executives’ temporary salary reductions that had been been in place since April. That means Gennette, who took no salary for that period, is now back at his US$1.3 million annual rate.

Executive compensation tends to be decoupled from job cuts and broader organizational shifts in a company. Senior executives usually receive most of their pay in equity awards like restricted stock or options, which rise and fall in value in tandem with share prices.

In the past, Macy’s has handed top bosses stock options and performance shares that are tied to goals. But the awards handed to to Gennette and his five deputies last week will be theirs as long as they remain on their jobs for a few years, regardless of the firm’s results.