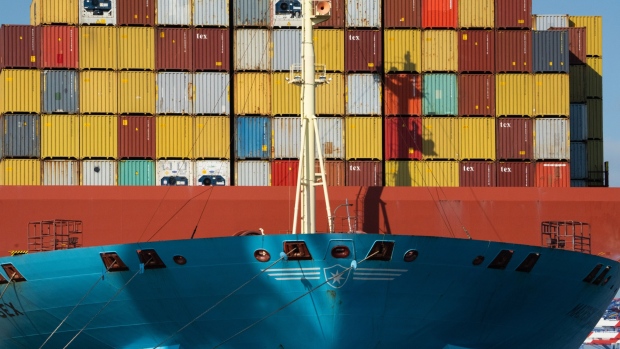 A.P. Moller-Maersk A/S is now heading for a full-year profit that will match its combined results from the past nine years and make business history in its home country Denmark.

A combination of several extreme factors -- including bottlenecks caused by pandemic consumption -- are boosting earnings at the world’s largest shipping line. The company last week raised financial guidance for the third time in five months.

Maersk’s 2021 result will be a record in Danish corporate history, according to a note published on Tuesday by Sydbank A/S analyst Mikkel Emil Jensen. It will be about three times higher than Maersk’s previous record in 2014 and more than double the 2020 result of Novo Nordisk A/S, Denmark’s most valuable company. 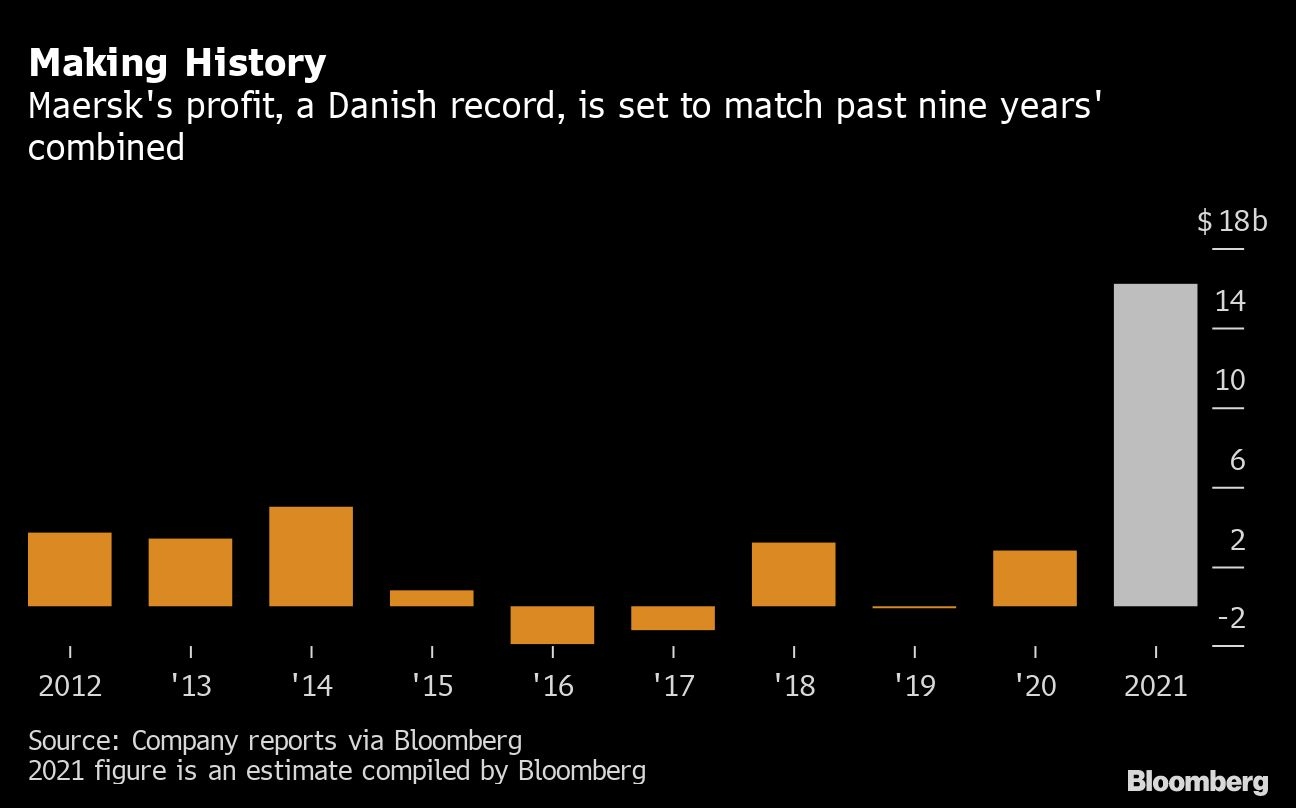 But for Maersk, 2021 profits stem from temporary phenomena and therefore it’s “unlikely” that the container line, or any other Danish company, will break the upcoming record “for many, many years,” Jensen said.