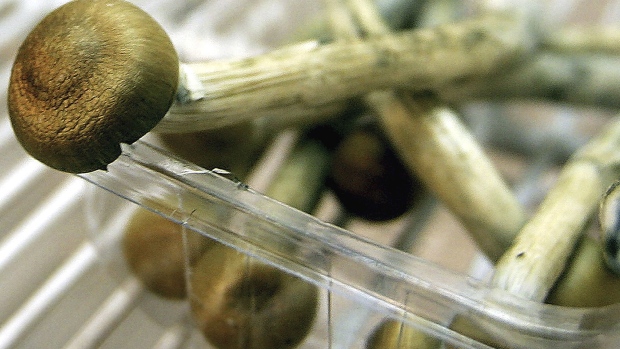 Compass Pathways Plc., a U.K. startup backed by tech billionaire Peter Thiel and lead investor Christian Angermayer, has filed to go public about four years after it was founded to explore the use of a psychedelic compound found in so-called magic mushrooms for treating depression.

The London-based firm filed to raise US$100 million, a placeholder amount likely to change, according to a filing Friday with the U.S. Securities and Exchange Commission. It intends to list its American depository shares on the Nasdaq Global Market under the symbol CMPS.

It plans to use proceeds to fund clinical trials for its depression therapy that uses the psychoactive compound psilocybin.

In 2018, the U.S. Food and Drug Administration gave it “breakthrough therapy” status, expediting the development process. Most recent funding rounds suggest a value of more than US$500 million, before proceeds from the initial public offering, according to people familiar with the matter, who asked to not be identified because the details aren’t public.

Synthetic doses of the hallucinogen psilocybin had been tested as an anti-depressant in the 1960s in the U.S. before former President Richard Nixon banned its use.

The drug has seen a renaissance in recent years in the scientific community. Scientists can’t exactly explain why psychedelics appear to help patients. Emerging brain-scanning technology suggests the substances can reboot a brain that shows signs of malfunction from what are essentially buggy pieces of neural code.

“We are motivated by the need to find better ways to help and empower people suffering with mental health challenges who are not helped by existing therapies,” Compass said in its filing. “Early signals from academic studies, using formulations of psilocybin not developed by us, have shown that psilocybin therapy may have the potential to improve outcomes for patients suffering with depression.”

Founded by George Goldsmith and Ekaterina Malievskaia in 2016, Compass received initial funding from Angermayer, a German entrepreneur, as well as Thiel, an early backer of Facebook Inc.,

The initial funding round valued Compass at US$16 million and the IPO will see the initial investors realizing a multiple of 10 times of their investment, according to people familiar with the matter.

The company has raised US$116 million, according to data from Crunchbase Inc.

Compass’s largest shareholder is psychedelic drug firm Atai Life Sciences AG, which is controlled by Angermayer and has invested in several compounds studied for treatment of mental illness and opioid addiction.