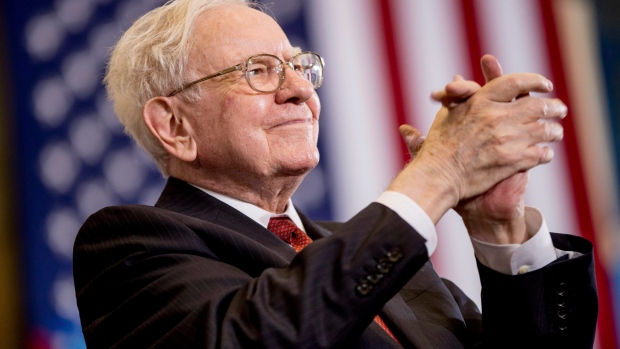 Investors tell BNN what they think of Berkshire Hathaway’s $2 billion loan to Home Capital Group – and what it could mean for Canadian banks, shareholders and the company’s future.

“Mr. Buffett doesn't walk into a boardroom and wave a magic wand and make everything better. This could take a heck of a lot of time, and we've got a housing cycle that's starting to roll over and housing prices are starting to go down. Does it take bankruptcy off the table? Sure. But I think people have got to stand back and take a breath of fresh air and realize that there's a long road to recovery here and this by no means changes the precarious situation that the Canadian housing market is in.”

“The reason we got out of this stock is because we thought there was going to be a run on the bank. There was a run on the bank. I mean, the company was going to go bankrupt if someone had not come in and back-stopped them… as an investor, the perfect lesson is diversify your portfolio. You’re not going to get them all right. Even the smart-looking guys on TV. Sometimes we make mistakes, and for that, I apologize.”

“It’s a negative for Canadian banks because it brings in a very fierce competitor through the back door. This could be the Trojan horse. The Canadian banks have abandoned this section of the markets and that’s why we have so much backfilling. The problem is the funding market in Canada is so sparse, that if you bring in someone like a Berkshire Hathaway to say ‘I’m going to fund this’ and there’s actually really good return on invested capital here, it could be a big problem for the banks.”

“The amount of money going to the company is pretty small.  It’s just more getting [Buffett’s] name there. I think you’re going to attract a far better CEO now that Buffett’s involved…I believe this gives [the company] a fighting chance to get back to book. To me, I think it’s a fantastic deal, my hat’s off to the board.”

“It’s really a vote of confidence on Warren’s ability to pull in a quick deal and be that lender of last resort that can sweep in like a shining knight with the world’s biggest piggy bank.”

“In a best-case scenario, Home Capital has a serious credibility issue. So, what they’re doing in this deal is acquiring credibility, because who has more credibility than Warren Buffett?”

“I’ve said that the equity is worthless, and I still stand by that and I welcome Warren to the party. This deal’s a great deal for him. It’s a horrible deal for the shareholders.”