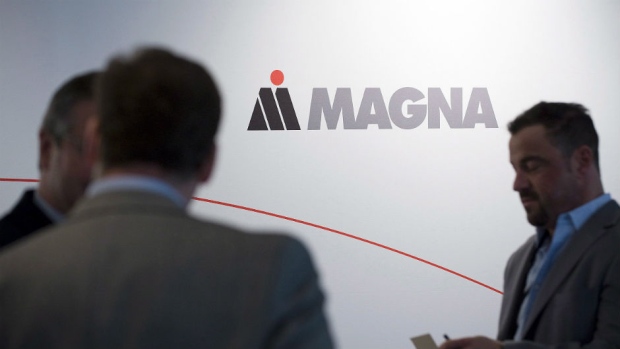 Magna International Inc. is increasing its bet on electric and autonomous vehicles by investing more in these areas in anticipation of long-term returns, its chief executive said Tuesday.

"At a time when there is unprecedented change happening in the industry, we believe Magna is uniquely positioned to capitalize on the key trends, which include taking weight out of the vehicle, electrification, autonomy and new mobility solutions for the future," Donald Walker told analysts at the Deutsche Bank 2018 Global Auto Industry Conference in Detroit.

The Ontario-based company forecasts strong growth in hybrid electric vehicles over the next 10 to 12 years.

While full electric vehicles will gain market share, 94 per cent of all vehicles are expected to be powered by the internal combustion engine in 2025, it said.

Magna (MG.TO) says electric vehicles will only account for six per cent of the global market in 2025 and 13 per cent in 2030.

While its other products won't be impacted by the move to electrification, Walker said unspecified increased investments in electrification will position the company's powertrain business for whatever technology gains steam.

It is also expanding its presence in Asia through a joint venture in China with Hasco (Huayu Automotive Systems Co.) to expand electric powertrain offerings in the country.

As for autonomous vehicles, Walker said Magna is investing more even though full autonomy will be years away.

"As with electrification, we're increasing our investment in autonomy and although Level 5 is a long way out we do think this is a really interesting, fast growing area," he said.

Autonomous vehicles are rated between zero and five, with five representing the highest level of self-driving capabilities.

It expects just one per cent of vehicles will have Level 5 autonomy in 2025, rising to seven per cent five years later. Level 4 autonomy will increase from three per cent in 2025 to 23 per cent in 2030.

"We don't think it's a huge market yet or in the near future," Walker said.

The comments came as Magna issued guidance through 2020. It expects to earn $2.3 billion to $2.5 billion this year.

Capital spending is expected to amount to roughly $1.8 billion this year.

Magna also said light vehicle production in North America will increase slightly to 17.4 million in 2018 and remain at that level through 2020.

Light vehicle production in Europe was forecast at 22.3 million.

David Tyerman of Cormark Securities said the 2018 guidance was "disappointing" but the 2020 outlook suggests Magna's long-term potential is in line with his expectations.

Magna is one of the world's largest automotive suppliers with more than 163,000 employees.