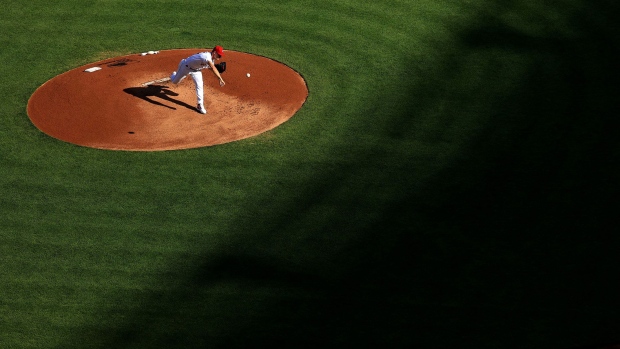 (Bloomberg) -- Major League Baseball Commissioner Rob Manfred told the head of the MLB’s Players Association that the season could be shut down if teams continue to experience outbreaks of Covid-19, according to a report from ESPN.

ESPN, citing people it didn’t identify, also reported that multiple players expressed concern that the season -- delayed for months and only started last week -- might be canceled as soon as Monday.

Two St. Louis Cardinals players tested positive for the virus on Friday, forcing the postponement of their game against the Milwaukee Brewers.

The news comes after a week in which 18 Miami Marlins players tested positive and saw games across the league postponed in an effort to contain further outbreaks. On Friday, 20% of the league’s teams will be out of action due to the spread of the virus.