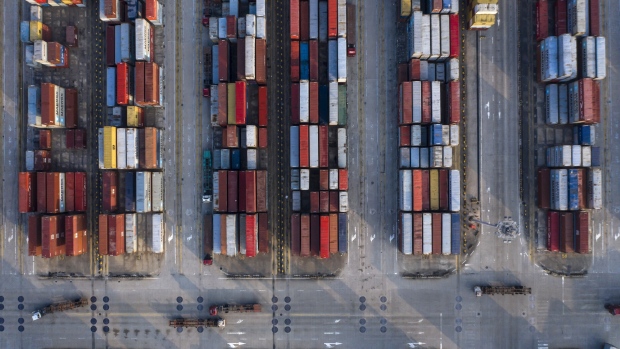 Investors shouldn’t put their money on a rise in government bond yields, even if there’s progress on a trade deal between the world’s two largest economies, according to HSBC Holdings Plc’s Steven Major.

The bank’s head of fixed-income research sees no catalyst for a sustained turnaround in the risk-averse trade that’s driven searing rallies in major government bond markets. Global yields are mired around these lows as interest rates in Europe can go a lot more deeply negative, and the Federal Reserve is on an easing path, Major said in a Bloomberg TV interview Wednesday.

In his view, even progress on the U.S.-China trade dispute is unlikely to make much difference to investor sentiment that’s been undermined by uncertainty.

“If you want to come up with something more optimistic, it’s a trade deal -- but is it a deal, is it a permanent deal or has the damage already been done?” he said. “It’s difficult to see a deal doing anything to help the bond market much -- that horse has bolted.”

Major also isn’t swayed by the argument that the U.S.’s mounting debt pile will pressure yields higher. His comments come as the Congressional Budget Office said the country’s budget deficit is growing faster than expected, with the annual gap headed to $1 trillion in the next fiscal year.

“I see talk around bond supply and deficits as being an unsatisfactory way to analyze bond markets for the last 30 years,” he said.

That said, he doesn’t see the Fed taking an ax to interest rates this year, and he reckons rates traders may have overstepped with calls for as much as 75 basis points of easing.

And although some market bulls see benchmark rates headed lower still, Major is sticking to his call for the U.S. 10-year yield -- currently trading near 1.56% -- to end 2019 around 1.5%. “You have to get to a darker place to see it go lower,” he said.

There is of course a risk that yields will drop below current levels, but that lightning rally in long-dated debt is unlikely to strike again anytime soon.

“Yields are going to be, sadly, in a range for some time,” he said, noting that for those who missed out on the most recent rally it’s probably “too late” to catch up with the move.

--With assistance from Vonnie Quinn and Guy Johnson.

To contact the editor responsible for this story: Benjamin Purvis at bpurvis@bloomberg.net