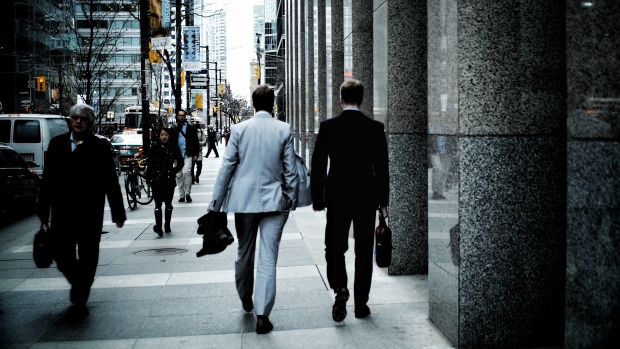 About 60 per cent of Canadian boards were composed entirely of men in 2016 and 2017, but experts say regulations that took effect on Jan. 1 should go a long way to shrinking that number further.

Such numbers come as no surprise to gender equity experts, who have watched for years as women have limped towards more representation in the top echelons of Canada's business community, often being told that they are at lest a hundred years away from wage equality. The number of women on boards has been growing, they say, but not fast enough.

They're hoping that will change with amendments to the Canada Business Corporations Act that came into effect this year and that require businesses to report on the representation of, at minimum, Indigenous peoples, persons with disabilities, members of visible minorities and women.

"This information is going to be used for the powers of good," said Tanya van Biesen, the executive director of Catalyst Canada, an organization dedicated to increasing the representation of women.

"I'm encouraged by the fact that the government's measuring this and is putting a spotlight on it, because, as we know, sunlight does good things for bringing issues to light and getting attention."

Van Biesen is hopeful that the disclosures will bring change within a few years, but isn't expecting boards to start filling up with women immediately after companies share such numbers because of how much of a transformation the business community needs.

"Many companies don't track this information or may track only a portion of the information and in order to be able to track it with some level of accuracy, you need your employees, your directors, your executives to disclose these aspects of their identity and in order for someone to do that they need to feel a high degree of trust with their organization," she said.

Karlyn Percil, who is behind women's empowerment organization SisterTalk, wasn't taken aback by the Statistics Canada report, but said it does reaffirm how much more room there is for improvement, especially when it comes to what kinds of statistics are tracked.

"Most times studies do not include what the reality is for racialized women...It's usually very deceiving to me," said Percil, who spent 22 years in Canada's banking industry and says she often experienced double the hurdles towards leadership because she was a woman of colour.

"Sometimes people don't like measuring or calling out the different intersections, but you have to in order to make real change, because if you keep saying just women, and you're not actually paying attention to who's actually in the room and who's missing from the room, then you won't be able to ensure that you have the representation."

On top of tracking aspects like sexual orientation and ethnicity, she said Canada's boards need to have braver conversations and "lean in" -- a term coined by Facebook executive Sheryl Sandberg to encourage more women to be assertive at work and pursue their goals.