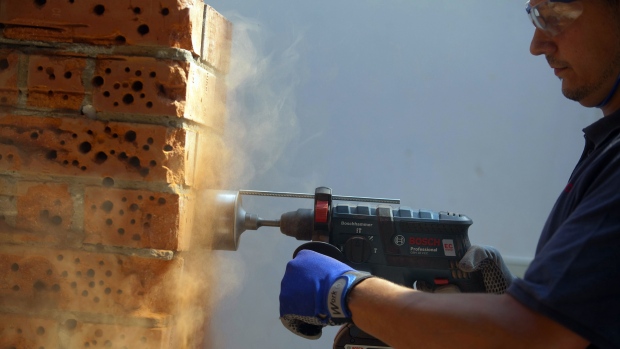 Nearly half of Canadians are renovating their homes or planning to in the near future, and most are doing it out of their own pockets, suggests the latest survey from BNN Bloomberg and RATESDOTCA.

The survey, conducted by Leger, asked 1,528 Canadians whether they’ve spent the pandemic renovating, or are planning to. The survey was carried out from Oct. 15-17, 2021.

Twenty-seven per cent of respondents said they had renovated since the pandemic began (in the past year and a half), while another 20 per cent said they were planning to renovate in the near future.

And while there has been a lot of concern about the debt loads homeowners have been taking on lately, the survey found that most Canadians paid or are planning to pay for their renovations out of their own pockets. Indeed, 59 per cent of respondents said that they’re funding renovations with their own savings.

Perhaps most surprising is that only two per cent of those surveyed said they had funded their renovations with a HELOC (home equity line of credit). Equifax Canada sounded the alarm earlier this year about the increasing use of HELOCs, which tap into existing home equity, to pay for purchases.

The large number of Canadians using savings to pay for renovations reflect recent data that show a decline in non-mortgage debt in the country even as mortgages have surged to record levels.

The survey did find some cause for concern about the way Canadians are going about their renovations. Insurance companies recommend that homeowners contact them ahead of any major renovations as changes to a home can affect coverage.

There are several reasons you should give your broker or insurance agent a call before you renovate. One, if you’re leaving your property during renovations, your insurance policy will become void if you have not inhabited your property for 30 days or more. As well, any changes that increase the value of your home need to be reflected in your replacement cost, which covers the cost of rebuilding your home if it’s destroyed (if it catches on fire, for instance).

You may even be eligible for insurance discounts depending on what sort of renovations you’re doing. If you’re replacing an old roof or finally updating your electrical from an old knob and tube system to copper, your insurance company may lower your premiums.

Regardless of how much you spend, it’s always a good idea to give your insurer a call and let them know what you’re doing before you start that dream home makeover