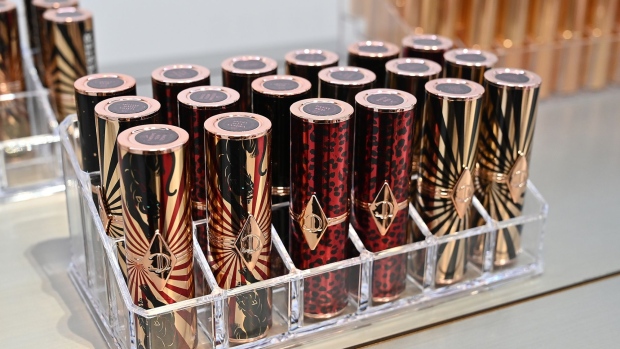 Celebrity makeup brand Charlotte Tilbury is nearing a sale to Puig, the Spanish company behind Paco Rabanne perfumes, in a deal valuing the business at more than US$1 billion, people familiar with the matter said.

An agreement to buy U.K.-based Tilbury could be announced as early as this week, said the people, who asked not to be identified because discussions are private. Puig is in talks to team up with Byron Trott’s investment firm BDT Capital Partners on the purchase, the people said.

Charlotte Tilbury is a London-born makeup artist who founded her namesake brand in 2013. She plans to keep a minority stake in the business, which is famous for products such as Magic Cream moisturizer and Pillow Talk lipstick, the people said. If a deal is finalized, Puig will have beaten out competition from consumer giants including Unilever, according to the people.

The Tilbury sale comes at a time when big beauty companies have been on an acquisition spree as they seek to court younger shoppers with upstart brands. L’Oreal SA, Estée Lauder Cos. and Japanese beauty company Shiseido Co. also expressed interest in an acquisition of Tilbury, Bloomberg News has previously reported.

No final decisions have been made, and the talks could still be delayed or fall apart, they said. Representatives for Puig, Charlotte Tilbury and BDT didn’t immediately respond to requests for comment. A representative for Unilever declined to comment.

A successful sale would show that large consumer companies still have an appetite to buy independent brands despite the coronavirus pandemic that’s ended a decade-long boom in dealmaking. Charlotte Tilbury, who grew up around creative types on the Spanish island of Ibiza, made her name working with supermodels such as Kate Moss and actresses including Penelope Cruz.

The company received an investment from venture capital firm Sequoia Capital in 2017.