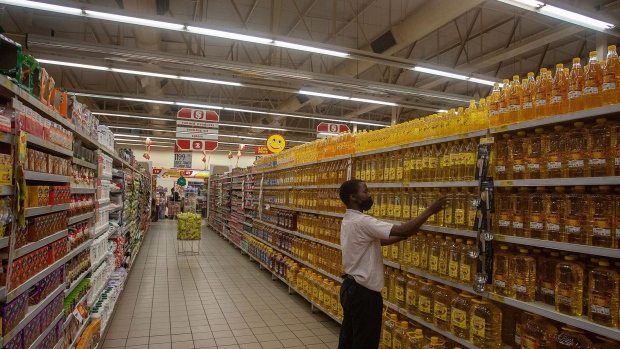 The south east African country will get $88.3 million to “address urgent balance-of-payments needs and mitigate the impact of the food shock,” according to a statement. Separately, the fund and South Sudan reached a staff-level deal to provide the nation with $112.7 million in emergency financing, which needs to be approved by IMF’s board.

Both nations have been suffering from rising cost of rations and have seen their foreign-exchange reserves dwindle. Annual food inflation in Malawi has more than doubled to 34.5% since Russia invaded Ukraine in February, while two-thirds of South Sudan’s population face severe food insecurity, according to the IMF.

“Malawi is facing a challenging economic and humanitarian situation, with foreign-exchange shortages and an exchange rate misalignment leading to a sharp decline in imports including fuel, fertilizer, medicine, and food,” the IMF said.

Malawi and South Sudan are among 48 countries the IMF has identified as worst affected by the most severe food crisis the world has experienced since the global financial crisis. About a fifth of Malawi’s population is estimated to be facing acute food insecurity in the lean season from October through March, compared with 15% a year earlier, according to the Integrated Food Security Phase Classification report.

The IMF introduced the food-shock window in September for countries that have urgent balance-of-payment needs due to food insecurity, a sharp increase in their food import bill or a shock to their cereal exports. The facility is available for a year. Ukraine has also received funding under the program.

The paucity forced the central bank to devalue the kwacha by 25% in May and intervene in the currency markets to support imports of strategic commodities. It also temporarily re-introduced an order requiring exporters to sell 30% of their foreign-exchange proceeds to authorized banks.

The IMF also agreed to a so-called staff-monitored program for Malawi with limited board involvement, an informal arrangement that countries unable to borrow from the fund can use to help get their budgets back on a sustainable path.

Malawi will benefit from limited board involvement “given the ongoing concerted international effort by creditors and donors to provide substantial new financing and debt relief” to the nation and because of its significant outstanding fund credit under emergency financing instruments, the IMF said.

Malawi is among dozens of low-income countries whose debt the IMF deems unsustainable. The fund’s policies bar it from bailing out countries with unsustainable debt, unless they have taken steps to restore it to viable levels.

Approval for the food-shock funding came four days after the IMF announced the resolution of a case involving the misreporting of Reserve Bank of Malawi foreign-exchange reserves in 2018. The nation is also seeking a four-year extended credit facility from the lender.