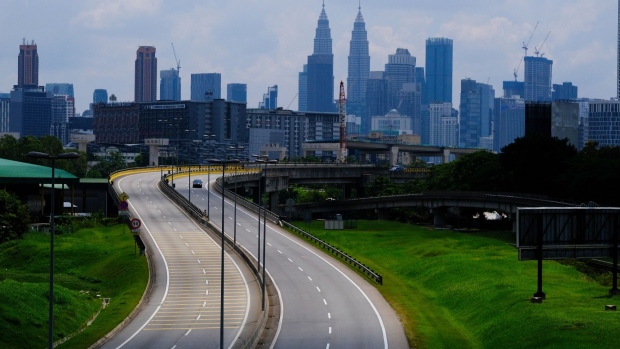 (Bloomberg) -- Malaysia is looking to ease a pandemic-driven labor crunch that has choked its key plantation and manufacturing industries by hastening the hiring of migrant workers.

The country is expected to hire nearly 180,000 workers over the next six weeks, according to Human Resources Minister M. Saravanan. A special committee will meet daily from April 15 to speed up the approval process, state news agency Bernama reported Wednesday, citing Plantation Industries and Commodities Minister Zuraida Kamaruddin.

Malaysia froze the hiring of foreign workers in the past two years to stem the spread of Covid, leading to an acute labor shortage especially in the palm oil plantation sector which suffered billions of dollars in lost revenue. The country re-opened borders on April 1, and is transitioning to the endemic phase of the outbreak.

Although various association had urged the freeze to be lifted sooner, the government has to first ensure that locals didn’t want those jobs, Saravanan said. But that proved difficult as locals shunned jobs that were viewed as dirty, dangerous, and difficult -- especially in plantations -- and preferred to become e-hailing drivers to earn more money, he said.

“Why would they work in a plantation sector when they could drive a Grab?”, he said. “It’s not an employers markets any more. The scenario has completely changed.”

There are only about 1.17 million registered foreign workers in Malaysia, down from 1.7 million before the pandemic, Saravanan said.

The ministry received 519,937 applications as of April 7 from employers across various industries. About 24,500 workers are due to complete their interviews by April 27, with another 150,000 expected to enter the country in six weeks after completing their verification process, according to the minister.