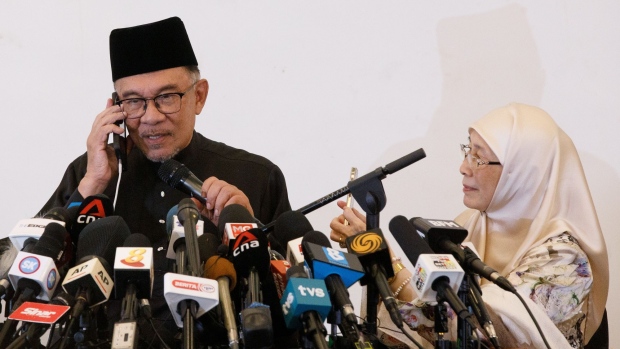 The new leader said he had an audience with King Sultan Abdullah Sultan Ahmad Shah earlier today and discussed the need to form a Cabinet immediately.

“Many are qualified but there is a limit because we don’t want too many ministers or special envoys so that we can save money and use it on the people,” Anwar said in a speech at an event in Perak, repeating his aim to keep the Cabinet streamlined.

Anwar has been in talks with several coalitions including parties in his PH alliance on deciding who gets ministerial portfolios. A cabinet announcement will show what sort of compromises he would have to make to keep his unity government afloat, ahead of a confidence vote on Dec. 19.

Anwar said his administration would focus on the economy and address issues such as inflation and unemployment. After the Cabinet is formed, “I will have a special meeting with them on Monday to set a few ground rules immediately,” he said.