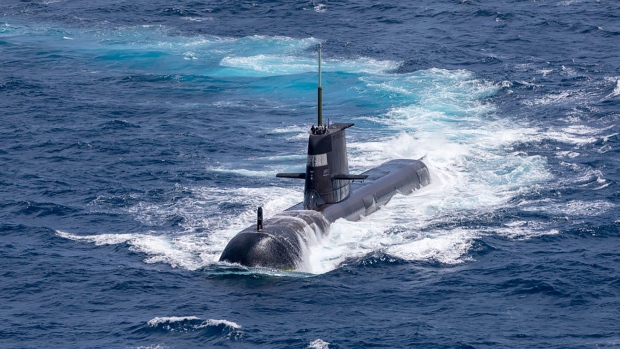 (Bloomberg) -- Malaysia joined Indonesia in expressing concern that a new security pact involving Australia, the U.S. and the U.K. may spark a nuclear arms race in the Indo-Pacific region.

Australia’s Prime Minister Scott Morrison called his Malaysian counterpart Ismail Sabri Yaakob on Friday to explain that the formation of the tripartite group -- known as AUKUS -- was to help it acquire nuclear-powered submarines, according to a statement from the Malaysian government.

Ismail told Morrison he was concerned AUKUS could provoke other powers to act more aggressively in the region, especially in the South China Sea. The two leaders renewed commitments to ensure peace, especially in the Indo-Pacific, according to the statement.

Indonesia earlier said it was “deeply concerned” over the continuing arms race and power projection in the region, and called on Australia to meet its nuclear non-proliferation obligations and to uphold the rule of law as set out in the United Nations Convention on the Law of the Sea 1982, or UNCLOS. Singapore struck a neutral tone, with the city-state saying it hopes the deal “would contribute constructively to the peace and stability of the region and complement the regional architecture.”

The AUKUS alliance will see Australia, the U.S. and the U.K. exchanging technology and intelligence. The agreement, announced Wednesday, canceled a 2016 deal that Australia sealed with France to acquire 12 diesel-powered subs from French shipbuilder Naval Group, a move viewed in Paris as a betrayal that damaged trans-Atlantic ties.

France Recalls Ambassador to U.S. for First Time Over Subs

France recalled its ambassadors to the U.S. and Australia in a diplomatic slap intended to convey its anger over the loss of the multi-billion dollar submarine contract.