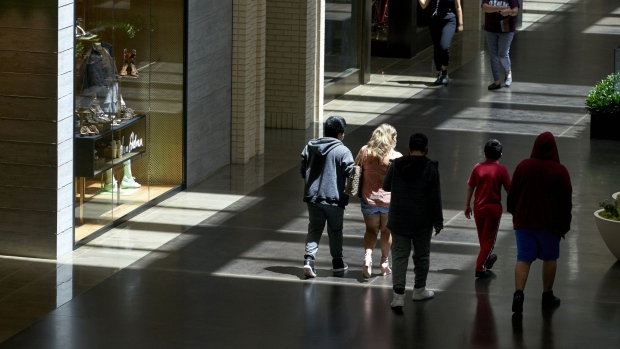 (Bloomberg) -- Mall owner CBL Properties is planning to file for bankruptcy, a victim of dwindling foot traffic, shuttered retail space and rents too low to cover more than $3 billion in debt.

The company said in a statement it reached an agreement with some of its creditors to hand control to holders of its unsecured notes, with more negotiations planned. As currently envisioned, the “in-court process” would eliminate $900 million of debt.

CBL previously warned investors it was in trouble because tenants weren’t paying their rent. The malls are expected to stay open during the court process.

Analysts have long predicted a shakeout in malls and strip centers serving less affluent areas, which dominate CBL’s roster of more than 100 properties in 26 states. The company has struggled to counter the loss of anchor stores such as Sears and J.C. Penney and mainstays like Forever 21 as retailers went bankrupt or cut back on stores amid shopper defections to online merchants.

To fill empty space, CBL reached out to non-traditional tenants, including fitness centers, restaurants, medical offices and casinos. But the Chattanooga, Tennessee-based company lacked the cash to invest in attracting shoppers and the more innovative tenants, according to Bloomberg Intelligence.

Then came the coronavirus outbreak, which forced CBL to temporarily close 68 malls it owns or manages. CBL collected just 27% of billed cash rents in April and likely will get 25% to 30% of May rents, based on preliminary receipts and conversations with retailers, the company said previously.

“They never got their debt to a place where they could get through the next downturn like we’re seeing now,” said Vince Tibone, a senior analyst at Green Street Advisors.

CBL could portend a wave of mall-related defaults. Shopping centers were under stress well before the pandemic broke out because consumers were increasingly buying online, leading to bankruptcies of department stores and apparel chains. A survey of 2,200 U.S. adults conducted by Bloomberg News and Morning Consult in late June found that more than half don’t feel safe inside shopping centers even as lockdowns lift.

April rent collections for enclosed malls were the lowest of all retail property types at about 20% to 30%, Fitch Ratings said. That compared with 50% to 60% for strip and open air shopping centers, and 70% or greater for free-standing locations.

Charles B. Lebovitz and five associates founded CBL in 1978 to develop regional shopping centers, capitalizing on an enclosed-shopping boom that moved business from downtown city districts and into the suburbs. Their first location, Plaza del Sol Mall in Del Rio, Texas, opened a year later.

“Malls really grew in the ‘60s and ‘70s as established spaces with anchors, as something that was convenient to the suburban dwellers,” said Ray Wimer, a retail practice professor at Syracuse University. “It may be a better thing to see revivals of Main Street shopping or Main Street businesses where it’s more community focused.”