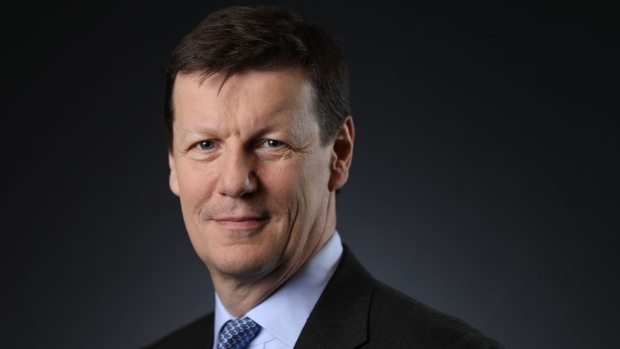 Luke Ellis, chief executive officer of Man Group Plc, poses for a photograph following a Bloomberg Television interview in London, U.K., on Wednesday, Feb. 15, 2017. "The average hedge fund has been running at much lower vol and hasn’t adjusted its fees for that," Ellis said during the interview. , Bloomberg

(Bloomberg) -- Man Group Plc funds swelled to a record in the second quarter boosted by performance gains and as investors poured in more money.

The world’s largest publicly traded hedge fund firm attracted $600 million in the three months through June, according to a statement Wednesday. That’s well behind analyst expectations but assets were boosted beyond expectations because of $6 billion of performance gains. Firm-wide assets were ahead of a company-compiled analyst forecasts.

“The firm’s momentum continues as we enter the second half, supported by strong performance fee optionality, a high level of client engagement and a strong sales pipeline,” Chief Executive Officer Luke Ellis said in the statement.

Hedge funds are luring more clients after logging their best performance in more than a decade last year in a reversal of fortunes from previous years. The industry as a whole has seen assets swell to a record $3.96 trillion, according to Hedge Fund Research Inc.

Man’s assets under management swelled to 135.3 billion, according to the statement. Analysts forecast Man Group would collect a net $1.8 billion during the three months and manage $133.8 billion at the end of June, according company-compiled estimates.

With its wide range of funds and strategies, Man Group is seen as a barometer for investor appetite for hedge funds generally.

The firm’s performance gains were driven almost equally between its alternative and long-only investment products during the second quarter. All of the firm’s four main computer-driven hedge funds made money during the period, with AHL Evolution leading with gains of 9%.