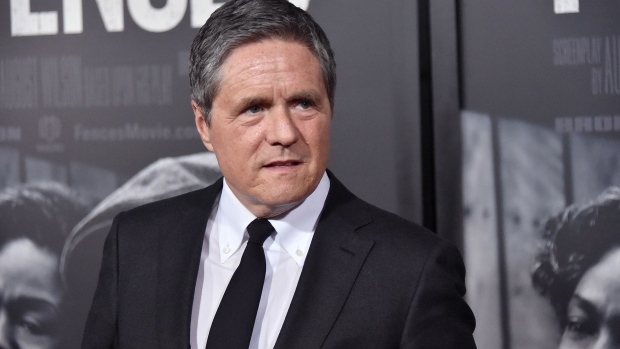 Rovier Carrington, 32, was arrested Tuesday in Los Angeles and charged in a criminal complaint with one count of perjury, Manhattan U.S. Attorney Audrey Strauss said in a statement Wednesday. If convicted, Carrington faces a maximum of five years in prison.

Carrington filed the suit in New York in 2018, claiming the two men had sexually exploited and then defrauded him by deciding not to produce his reality television show. The suit was thrown out when a judge determined that Carrington had faked a set of 10 email chains he used as evidence in the case.

In those email chains, Carrington allegedly told a friend he was being threatened by one of the men while the other “thinks I’m supposed to constantly sleep with him for my projects.” He claims he “was promised my series and reality show would make the studio a lot of money.”

Prosecutors allege that Carrington submitted a statement falsely swearing that the emails were genuine.

(Updates with details of charges.)