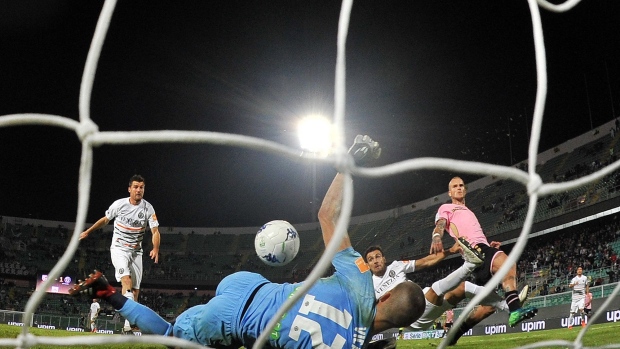 (Bloomberg) -- The owners of Manchester City, one of the world’s best-known soccer clubs, are making a move into Italy.

City Football Group said Monday that it bought a majority stake in Palermo FC, after the Sicilian team last month secured promotion into the Italian second division, known as Serie B.

Palermo went bankrupt in 2019 and has since had to work its way back up from low-level Serie D.

Though no terms were disclosed, the deal marks the second notable bet on Italian soccer by an investment firm in recent months. RedBird Capital Partners in early June agreed to buy Serie A champion AC Milan for 1.2 billion euros ($1.26 billion).

European soccer clubs are in the crosshairs of investment firms seeking stable returns. Broadcasting money continues to pour into the sport and, with the World Cup showcase taking place this year, more deals are likely.

A number of Italian clubs are already controlled by international investors, and Atalanta, Venezia, Genoa, Inter Milan and Fiorentina all have U.S. backing.

In addition to Man City, CFG owns a number of soccer teams including New York City FC in the US and Girona Futbol Club in Spain.

Around 77% of CFG’s shares are held by Abu Dhabi United Group. A group of Chinese institutional investors and investment firm Silver Lake have around 12% and 10% respectively.