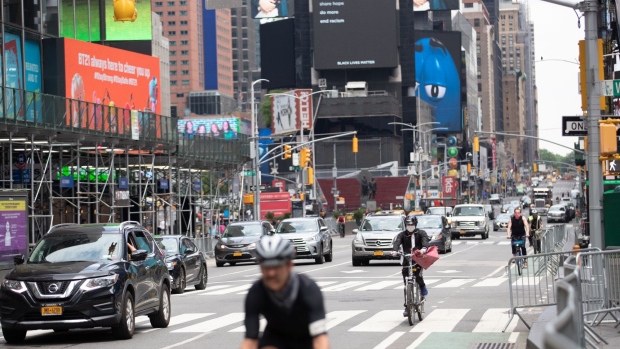 Traffic moves through Times Square in New York, U.S., on Thursday, June 11, 2020. New York streets got a little more congested this week as the city entered Phase 1 of its re-opening from the coronavirus-imposed lockdown. , Bloomberg

Manhattan apartments are piling up on the market -- and it’s getting harder to fill them.

Rental listings jumped to a record 15,025 at the end of August, more then double the inventory from a year earlier, according to a report Thursday by appraiser Miller Samuel Inc. and brokerage Douglas Elliman Real Estate. The borough’s vacancy rate reached a new high of 5.1 per cent. Last August, it was under 2 per cent.

Renters are finding few reasons to sign new leases in Manhattan, with Midtown offices still largely empty and public school reopenings an unresolved question. Not all who left the borough during the coronavirus lockdown have returned, and those committed to staying in the city are getting more space for lower rents in Brooklyn and Queens.

“The shift in the rental market has been sudden and significant in a short period of time,” Jonathan Miller, president of Miller Samuel, said in an interview. “Until we see a stabilization in outbound migration or some impetus to bring people back, we’re looking at more softening rents to come.” 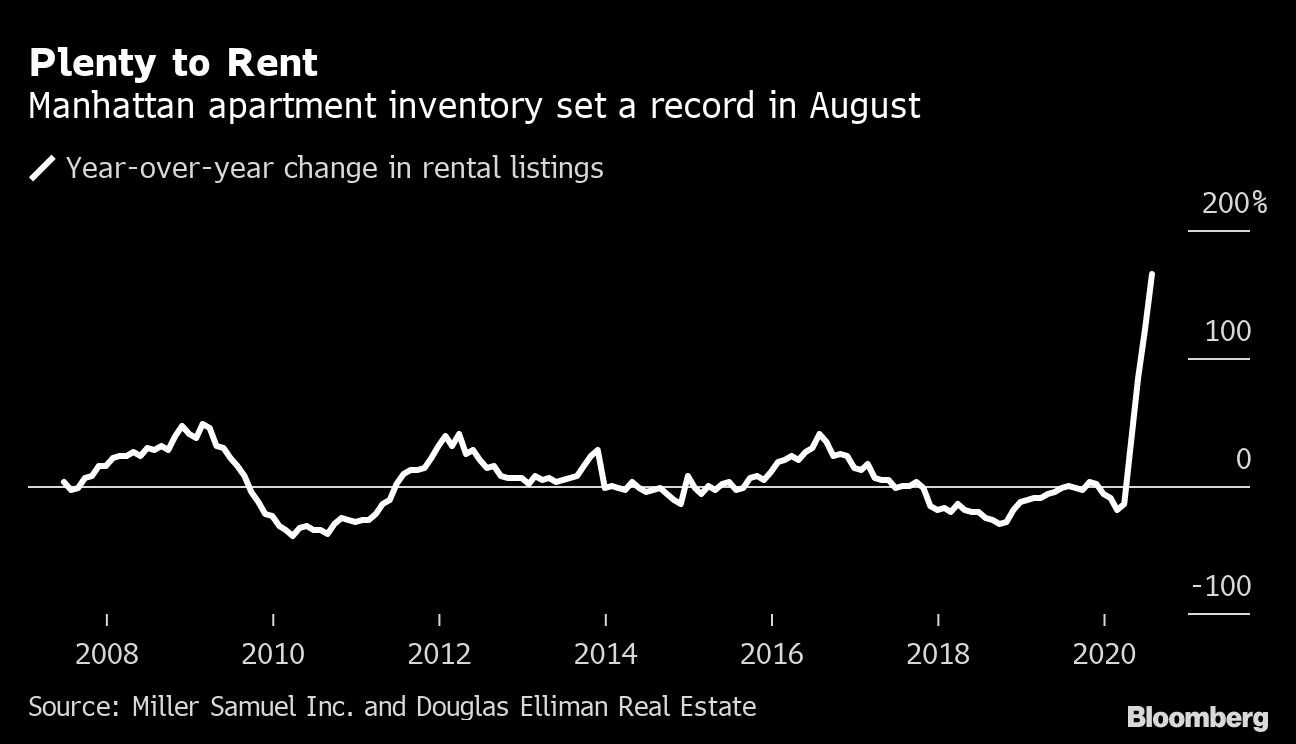 To attract tenants, Manhattan landlords offered concessions such as free months or payment of brokers’ fees in 54 per cent of newly signed leases -- a record share in nearly 10 years of data, the firms said. With the value of those sweeteners factored in, rents fell 7.7 per cent to a median of US$3,161.

The borough’s inventory may be even higher when considering how many renters are trying to sublease their units. Across the city, the number of tenants seeking people to take over their existing lease jumped 158 per cent in August from a year earlier, according to a study by RentHop.

In Manhattan’s Financial District, sublet listings on RentHop increased 50 per cent from the previous month. They were up 7.1 per cent in Yorkville.

Brooklyn rents remained relatively stable, even as listings in that borough more than doubled, according to Miller Samuel and Douglas Elliman. The median rent fell 1.4 per cent to US$2,878.

In northwest Queens -- where luxury towers in Long Island City tout easy access to Midtown -- new leases plummeted 32 per cent from a year earlier to 213, the firms said. Concessions were offered on 59 per cent of those deals.