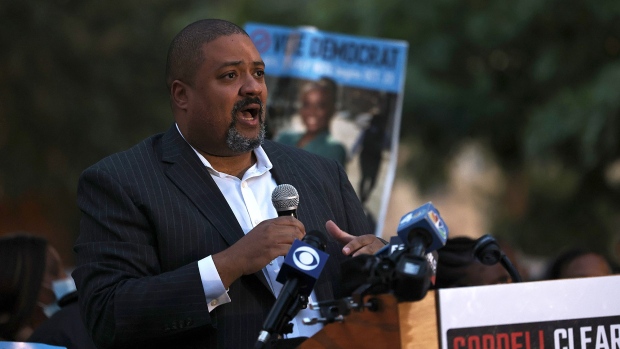 Alvin Bragg speaks during a Get Out the Vote rally at A. Philip Randolph Square in Harlem on November 01, 2021 in New York City. , Photographer: Michael M. Santiago/Getty Images

Bragg, who has been under fire over a memo he issued foreswearing prosecutions of certain crimes, said street crime will be a top priority for his office, including the “real crisis” of shootings in the city. He said he hopes to use gun-tracing technologies and go after the “drivers” of violence.

The former federal prosecutor, who took office at the beginning of the year, also said he would expand resources devoted to hate crimes and domestic violence.