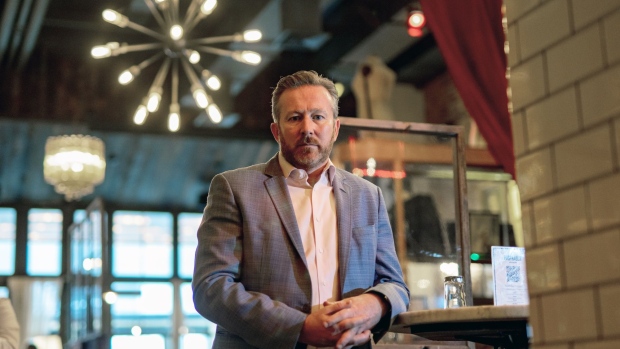 (Bloomberg) -- Manhattan’s restaurants are struggling with a labor shortage that threatens to hobble the industry’s comeback just as it’s getting started.

Experienced restaurant employees who fled New York during last year’s lockdown are in no hurry to come back while tourists and office workers are still home. After a year of pandemic pain, the shortage is clouding otherwise hopeful signs for dining, as restaurants and bars sign new leases, vaccinated New Yorkers prepare to splurge and the city pushes to fully reopen in July.

The dearth of people ready to serve customers is putting restaurateurs like Mark Fox in a bind. The president and founder of Fox Lifestyle Hospitality Group owns four restaurants in Manhattan, but he’s worried two more slated for debuts in the third quarter may get pushed back because he can't find staff.

“The staffing shortage is real,” said Fox, who already postponed the reopening of his White Oak Tavern in Greenwich Village, to May from March. “I don’t want to lose revenue, but I will not lose reputation of the restaurant by trying to open it with undertrained or underpowered staff levels.”

The restaurant industry’s struggles pose a major hurdle for the broader recovery in Manhattan, where dining has a symbiotic relationship with offices and hotels. With just 16% of the area’s office workers back at their desks as of April 21, there’s a tough road ahead.

To run his businesses properly, Fox needs to hire another 60 employees. He’ll need luck finding them.

In a city where an estimated 5,000 restaurants have closed since last March, some hospitality workers who moved out during the pandemic aren’t planning to return. Others switched occupations to work in industries where the hours are more reasonable.

And there are those who would rather collect unemployment for the next few months than work in a half-empty restaurant. Still more workers are bound for the Hamptons and other hot spots, where diners are plentiful and hefty tips are guaranteed.

Tara Moran, a 30-year-old cocktail bartender, is leaving her job of four years at Dutch Fred’s in Hell’s Kitchen and heading to Montauk alongside friends in the industry.

“I’m hearing places are booked already for the summer, and the money is really good,” Moran said.

At Dutch Fred’s, most of her customers were bankers, theater-goers and tourists. But with Broadway still dark, “our main clientele isn’t there right now,” she said. “And even though we’re at 50% capacity, I don’t know if we can fill more than that.”

Even with the staffing struggles, leasing is on the rise. Food and beverage businesses accounted for 50% of all new retail agreements in the first quarter, giving a boost to struggling landlords, data from Cushman & Wakefield show.

Many of the deals were concentrated in residential-leaning neighborhoods, such as the Upper East Side and West Village. But business owners are also starting to bet on the longer-term revival of commercial districts.

Chef José Andrés — a 2019 Nobel Prize nominee for his nonprofit work — is bringing an outpost of his famed Mediterranean restaurant Zaytinya to the new Ritz-Carlton New York in Nomad this fall. Marcus Samuelsson has agreed to rent space at the base of West Chelsea’s Starrett-Lehigh Building for a new restaurant and culinary concept.

“It helps that rents are obviously more favorable than they would’ve been a year or two years ago,” said Michael Hirschfeld, a vice chairman at brokerage Jones Lang LaSalle Inc. “I’m seeing some rents that are 50% less compared to the end of 2019.”

In the short-term, many restaurants are getting by with fewer workers, cutting business hours or sharing staff with other establishments. Some are pushing off openings until the labor situation improves, customers return -- or both.

“Wall Street is not back in full swing and the bosses that do the entertaining aren’t in town -- they’re either in Florida or the Hamptons,” Smith said. “Some of the businesses are coming back, but it’s a slow process. Even if I get 40 people in for lunch instead of 140, I still have to staff it up like it was 100 people.”