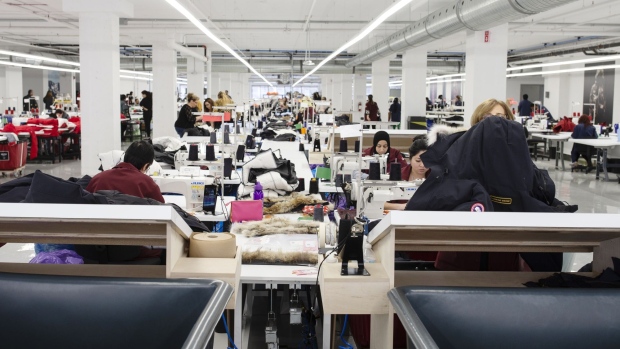 OTTAWA - Statistics Canada says manufacturing sales fell 0.2 per cent in September to $57.4 billion, weighed down by a drop in the petroleum and coal product and the motor vehicle parts industries.

The federal agency says the move lower followed a 0.8 per cent increase in August.

Economists had expected a decline of 0.6 per cent for September, according to financial markets data firm Refinitiv.

Statistics Canada says sales were down in 10 of 21 industries, representing 62.2 per cent of the Canadian manufacturing sector.

Sales in the petroleum and coal product industry fell 1.9 per cent, while motor vehicle parts sales fell 4.3 per cent.

Meanwhile, the machinery industry increased 5.5 per cent and motor vehicle sales rose 2.9 per cent to offset some of the overall decline.