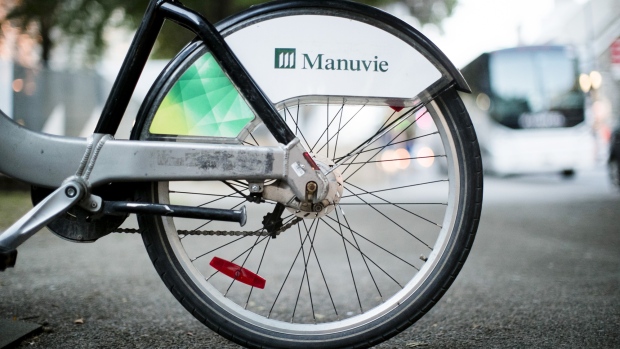 Sun Life saw underlying profit in Asia surge 25 per cent to $138 million, boosted by higher sales in insurance and wealth, while Manulife’s record $520 million of core earnings for the region was up 13 per cent from a year earlier.

“The rebound in Asia was stronger than expected” for Sun Life, Sumit Malhotra, an analyst at Bank of Nova Scotia, said in a note to clients. For Manulife “Asia once again carried the freight for earnings power,” Malhotra said.

Sun Life’s underlying net income rose 11 per cent to $809 million in the quarter, with per-share earnings of $1.37 topping the $1.27-a-share average estimate of 12 analysts surveyed by Bloomberg. The Toronto-based insurer reported $78 million of tax-related benefits in the quarter, which contributed to the beat. Sun Life raised its dividend by five per cent to 55 cents a share.

Among Sun Life’s other key divisions, underlying earnings in Canada rose 6.8 per cent to $268 million while the U.S. division saw profit slide 2.9 per cent. Its asset management division saw little change from a year earlier, at $251 million.

Manulife’s core earnings fell 0.8 per cent to $1.53 billion, or 76 cents a share, beating the 73-cent average estimate of 13 analysts in a Bloomberg survey. Earnings in the U.S. rose 0.9 per cent to $471 million while the Canadian division had a 7.6 per cent drop in profit to $318 million, with reduced earnings partly due to sales of portfolios to reinsurers. Wealth and asset management earnings fell 2.4 per cent to $281 million.

While Asia earnings were at a record, the pace of growth showed signs of slowing from the first half and last year. The company has seen a contraction in Japan, though that’s being offset by growth in Hong Kong, China and Vietnam, according to Chief Financial Officer Phil Witherington.

“We remain very optimistic about Asia,” Witherington said in a phone interview. “The fact that the mix is shifting away from Japan into other markets actually reinforces the strategy that we have in Asia, which is positioning ourselves for sustainable double-digit growth.“