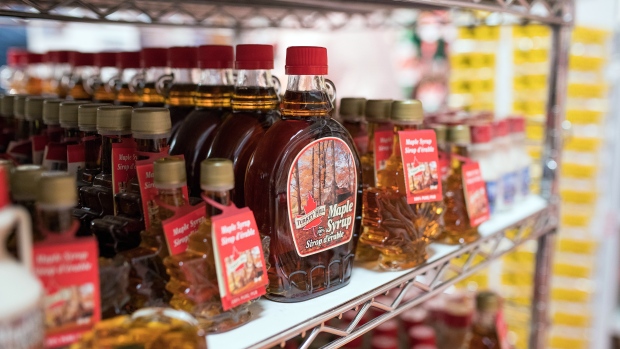 OTTAWA - Canada's maple syrup harvest hit a record high of 14.3 million gallons this year, despite shutdowns during the early stages of the COVID-19 pandemic.

The report says that exports of Canadian maple syrup jumped nearly 22 per cent compared with 2019 in the first nine months of the year, much faster than the gains of 3.2 per cent between 2018 and 2019.

Quebec producers saw the lion's share of the gains, with yields falling in 6.2 per cent in New Brunswick, 6.9 per cent Ontario and 20.7 per cent in Nova Scotia.

Statistics Canada says that Quebec, where prices are controlled by the Federation of Quebec Maple Syrup Producers, produces almost three-quarters of the global maple syrup supply, and accounts for 90 per cent of Canadian maple syrup production.