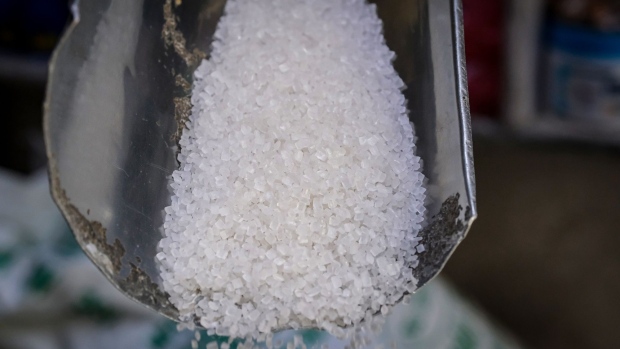 Refined sugar at a store in New Delhi, India, on Wednesday, May 25, 2022. India will restrict sugar exports as a precautionary measure to safeguard its own food supplies, another act of protectionism after banning wheat sales just over a week ago. Photographer: T. Narayan/Bloomberg , Bloomberg

The Sugar Regulatory Administration, in an order dated Aug. 9, said it approved the plan, which sought to import raw and refined sugar for delivery no later than Nov. 30. It said raw sugar production for the crop year ending this month is expected to fall 16% to 1.8 million metric tons.

Inflation hovers at its fastest since late 2018, driven by quicker increases in costs of food, drinks and transport.