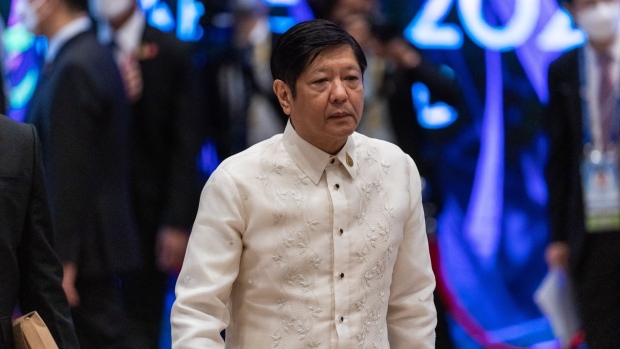 Ferdinand Marcos Jr., Philippines' president, at the Asia-Pacific Economic Cooperation (APEC) leaders informal dialogue with guests in Bangkok, Thailand, on Friday, Nov. 18, 2022. China and the US are seeking to win over nations to their vision for the region at the APEC summit in Bangkok on Friday, the final meeting in a week of international meetings in Southeast Asia this week. , Bloomberg

“The main drivers of that inflation, unfortunately, are still imported,” Marcos said at a forum on Tuesday, according to an official transcript. “So again, import substitution is still a good idea not only for foreign exchange reserve but also so that we can keep our inflation rate down.”

Consumer prices rose 8% from a year ago last month on higher food costs, the statistics agency reported earlier on Tuesday. That boosts the case for the central bank, under Governor Felipe Medalla, to continue its most aggressive monetary tightening in two decades. Marcos’s economic team, separately, said it will prioritize reducing inflation.

Still, economic growth “looks healthy,” Marcos said. And the peso “has become a little stronger relative to other currencies.” The local currency has gained against the dollar this quarter along with most peers in the region.