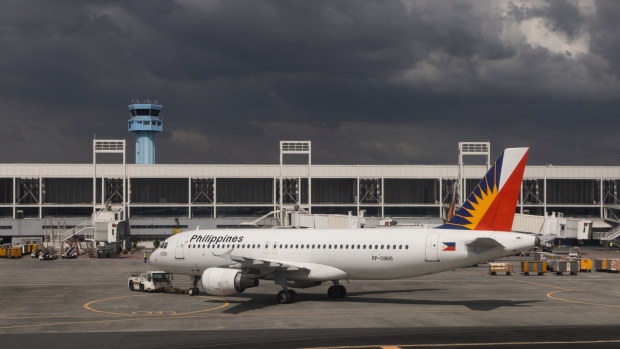 An Airbus SE A320-214 aircraft, operated by Philippine Airlines Inc., on the tarmac at the Ninoy Aquino International Airport (NAIA) in Manila, the Philippines, on Friday, Dec. 16, 2022. Shares of Philippine tourism and leisure-related companies are in focus after local media reported that domestic and international passengers surged in the first nine months of 2022, supporting the outlook that travel demand is gaining momentum. , Bloomberg

At a televised briefing, Marcos said he wants the Ninoy Aquino International Airport in Manila to have a reliable power backup system. The airport’s operations have normalized, added the president who met with officials and inspected the gateway Friday.

Tens of thousands of passengers were affected earlier this week after the Manila airport suffered a loss of communication, radio, radar, and internet for several hours on Jan. 1 due to a power problem. The government is planning to privatize the gateway.