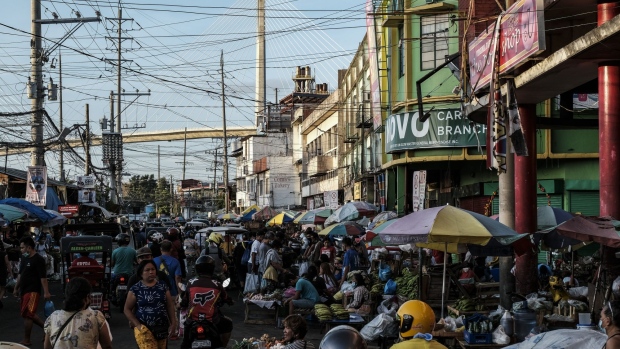 Carbon Market in Cebu City, the Philippines, on Saturday, May 7, 2022. The Philippines peso is in danger of extending this year's decline as uncertainty over the policies of the front-runner in Monday's presidential election adds to economic headwinds. Photographer: Veejay Villafranca/Bloomberg , Bloomberg

(Bloomberg) -- The Philippine economy will likely expand at a lower band than previously estimated, Finance Secretary Benjamin Diokno said, as the new administration faces a raft of challenges.

Gross domestic product is seen expanding by 6.5%-7.5% this year, Diokno said in a televised briefing Wednesday. Previous officials had forecast output to grow within a 7%-8% range this year, and an inter-agency budget committee is set to review economic assumptions on Friday.